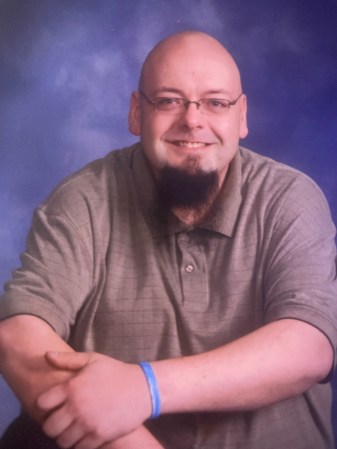 Derek was born February 19, 1977 in Forest City, Iowa to David and Karen (Weis) Placek. He spent his early years in Minden, Nebraska. He moved to Austin, Minnesota following his father’s death in 1988. He completed his education through the Austin Public Schools. Following graduation he attended and completed certification in the welding program at Riverland Community College, Austin, Minnesota.

The passing of his father at an early age, along with the repercussions from surgical complications and chronic pain, contributed to Derek suffering ongoing mental health issues. He was able to work intermittently in his younger years but found it increasingly difficult as he became less able to cope with his mental health and physical pain.

Derek was a confirmed member of Grace Lutheran Church. He enjoyed church potlucks in his youth, woodworking and tinkering and fixing things in the garage. While living in Nebraska he was an avid youth bowler winning many tournaments and having a great time on the leagues at his family owned bowling center.

He is preceded in death by his father, David Placek; grandparents, Vernon and Marian Weis and Richard and Lois Placek; several aunts and an uncle.

A funeral service will be held 11 am Wednesday, December 14, 2022 at Grace Lutheran Church with Pastor Patrick Ziems officiating. There will be a visitation on Tuesday at Mayer Funeral Home where friends may gather from 4-7 pm and also one hour before services at the church on Wednesday. Interment will be in Grandview Cemetery.