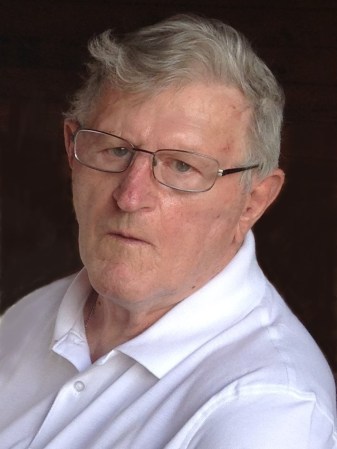 Bernard “Bernie” William Walter, age 83 of Austin, Minnesota, went home to be with God on December 14, 2022, surrounded by loved ones.

Born to Russell and Rose (Heimer) Walter in Austin, Minnesota on February 20, 1939, Bernie grew up in Austin and southern Minnesota. He loved horses, tractors and working on the farm of who would later be his father-in-law. He attended Queen of Angels school and would graduate from Pacelli High School in 1957. After renting farmland, he would sell his beans to save up money and purchase an engagement ring for the farmer’s daughter. Bernie would go onto be united in marriage to Dorothy Van Hooser on March 31, 1959, and spend the next 63 years with the love of his life.

Together, they welcomed six children of their own and settled on a farm outside of Lyle, Minnesota to raise their family. He was most often found outside in his shed among his many tools or in the barns tending to their livestock, earning him the nickname “Farmer” among his friends. Bernard worked for Hormel Foods for several years and was always known as a hard worker until he suffered a stroke in 1996, leaving him in a coma for a week. Being his determined self, he defied the odds, with his wife by his side, and after three months in the hospital, he returned to the farm. He continued to grow stronger and learned to walk and feed himself all over again. After his stroke he would retire, and Bernie and Dots would start “snowbirding” down in Mesa, AZ. They met so many new friends in Mesa that are now considered family.

Bernie enjoyed retirement by watching his grandkids’ sporting events, working in the garage whenever he could, and cheering on the Minnesota Twins and Vikings. During his lifetime, he was blessed with 12 grandchildren, and 13 great grandchildren with two more on the way.

Bernard’s family would like to extend a very heartfelt thank you to the emergency department and intensive care unit that provided so much comfort to him and his loved ones during his final hours.

A Memorial Mass will be held at 10:00 a.m. on Saturday, December 17, 2022, at St. Augustine Catholic Church in Austin. Visitation will take place from 5:00-7:00 p.m. on Friday, December 16, at St. Augustine Catholic Church and will continue for one hour prior to the service at the church on Saturday. Worlein Funeral Home of Austin is assisting the family with arrangements. Condolences may be expressed to the family online at www.worlein.com.