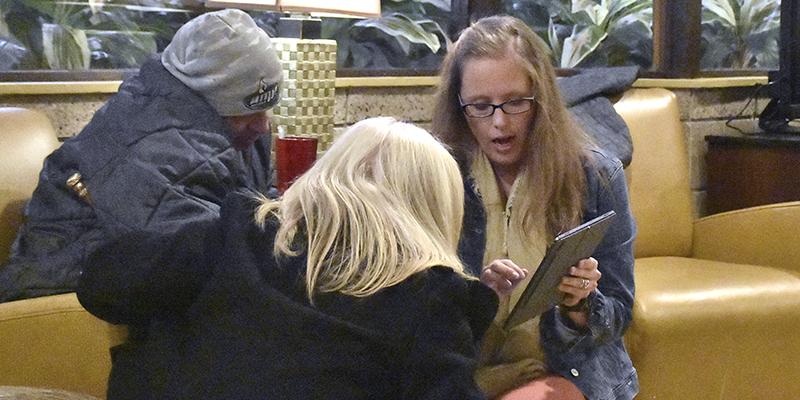 Patty Mueller looks at the live results of the election. Rocky Hulne/sports@austindailyherald.com

Dornink, a republican, defeated Democratic challenger Brandon Lawhead, who ran on a platform of “Let’s meet in the middle,” by a tally of 20,275 to 13,051.

Both Dornink and Mueller won in new districts following redistricting earlier this year due to the census count.

Next door, in House District 23A, Republican Peggy Bennett won a fifth term over Democratic challenger Mary Hinnenkamp, 12,040 to 6252.