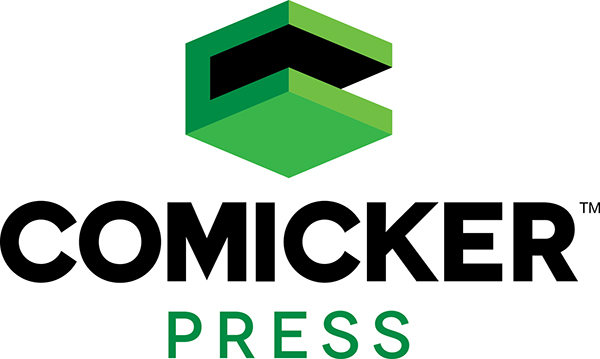 Creator-owned comic book publishing company Comicker LLC, with it imprints Comicker Digital and Comicker Press, has been acquired by The Nerd Kit LLC, based in Rochester, MN.

“One thing that struck me immediately was the quality of the books – both the art and content on the page, and the books themselves,” said Pete Steiner, the new publisher of Comicker Press. “I knew that this was a company that cared about its product, and about its creators.”

A re-introduction to Comicker Press will take place at Los Angeles Comic Con this December. “We wanted to get our books back out in front of people as soon as possible, and remind them that Comicker stands for quality while we build out our next pipeline of titles,” Steiner added.

In the works already are second volumes of “Waking Life” by Ben Humeniuk, “Lost Angels” by David Accampo and Chris Anderson, and “The Casebook of Rabbit Black” by Kate Sherron, which have already been published digitally via Kindle, DriveThruComics, and hoopla digital. A second volume of the acclaimed series “Chimera” by Tyler Ellis is in the works as well.

As part of the acquisition, Comicker is re-opening its open submission policy. “There’s always a need for creator-owned platforms, and Comicker’s publishing model and royalty schedule make it ideal for the creator working a full time job or on a series for Marvel or DC,” said Steiner. “I’m proud to say that our on-going creators make more royalties from their series at Comicker than they would at other name-brand publishers,” added Sean E. Williams, co-founder of Comicker LLC. “That’s one of the primary things we did correctly right out of the gate when we founded Comicker, and I’m glad that Pete is going to continue to be the champion for creators going forward.”

Comicker LLC was founded by Saori Adams and Sean E. Williams, who lived in Austin at the time, and launched in 2015 with its Comicker Digital imprint. Comicker LLC is designed to bring diverse creator-owned comics series to readers any way they want them (as ad-supported webcomics, collected as digital issues, and finally in print as trade paperbacks), and to give creators the flexibility to tell their stories exactly how they want to. In 2016, Comicker LLC brought the first two of its digital series to print as trade paperbacks via its Comicker Press imprint.