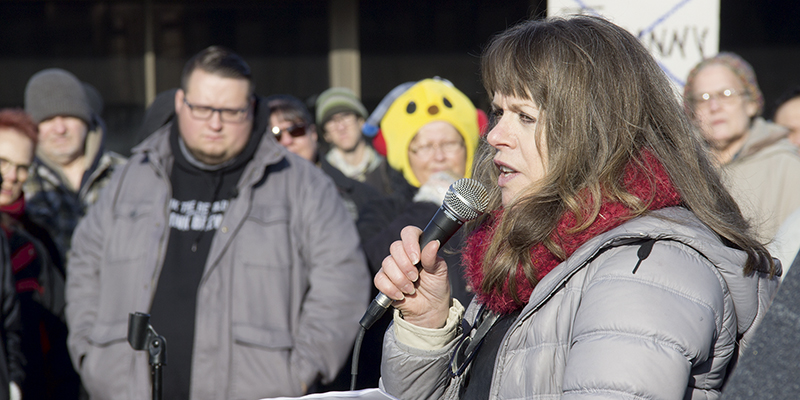 The city of Albert Lea has dismissed the second set of charges against the owner of the former Interchange Wine & Coffee Bistro filed in 2021 after she opened her business for in-person dining in defiance of state executive orders during the COVID-19 pandemic.

Lisa Hanson was convicted in December 2021 on six misdemeanor counts of violating an emergency executive order and was sentenced to 90 days in jail on each count concurrently. Those counts were tied to dates Hanson opened her business in December 2020.

A second case with three charges tied to dates her business was opened in January 2021 had not yet been tried. The charges in that case included one count of public nuisance-annoy/injury/endanger safety and two additional counts of violating an emergency powers order or rule.

Court documents filed by Michelle M. King, acting as interim city attorney, said the case was similar in nature to the first case and if Hanson was convicted, no other sanctions would likely be imposed.

King said further work on the case was not an effective use of resources by the court or the city, and she noted that the state is no longer under any executive orders related to COVID-19 and there was no need to continue prosecution to deter Hanson from engaging in similar behavior.

The case had been slated for a pre-trial hearing Nov. 30 with the jury trial slated for Dec. 12.

Hanson has defended her actions and argued that she was denied her due process rights under the state and federal constitutions. She also questioned Gov. Tim Walz’s authority to enforce an executive order over private sector businesses or private conduct of people.

The Interchange was in a building owned by the city, and the city opted not to renew the lease with the business after 2021. This year, the building has been under construction.