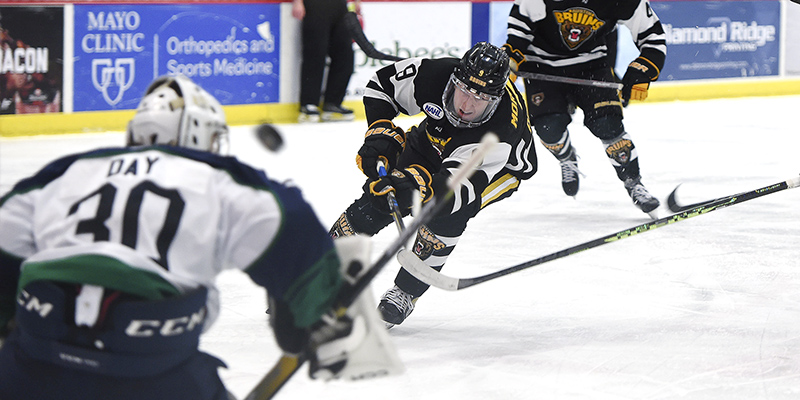 Morrissey, 19, had a big week as the first place Bruins won two of three games. The native of Rochester Hills, Michigan, had six points (2 goals, 4 assists) in the three games and was a +4. On Wednesday, Morrissey had a goal in a 3-0 road win in St. Cloud. On Friday, he had an assist in a 3-2 home loss against the North Iowa Bulls. On Saturday, he recorded a goal and three assists in a 5-4 road win in North Iowa. For the season, Morrissey is currently third in team scoring with 17 points in 22 games played to date.

“Gavin has been great for us all year and it’s nice to see him get rewarded with this weekly league honor. He’s one of the smartest players that we’ve had here in Austin, and we are excited for the opportunities that he has in front of him,” said Bruins head coach Steve Howard.

Princeton, Minnesota native and Bruins Forward Dylan Cook was named an honorable mention for his performance last week. Cook scored a goal in the 3-0 win over St. Cloud on Wednesday, had an assist, and scored the game-winner for the Bruins in their 5-4 win over North Iowa on Saturday.