Vision and Wings: Wing Bazaar is a story of good food and a new path 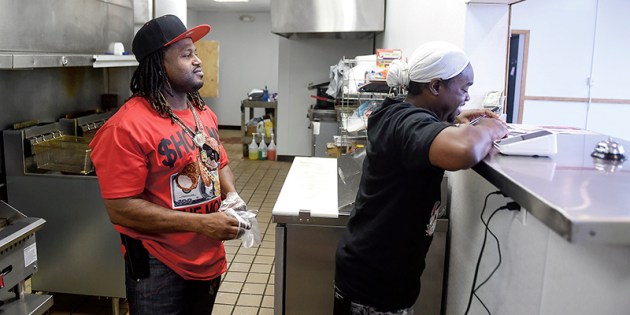 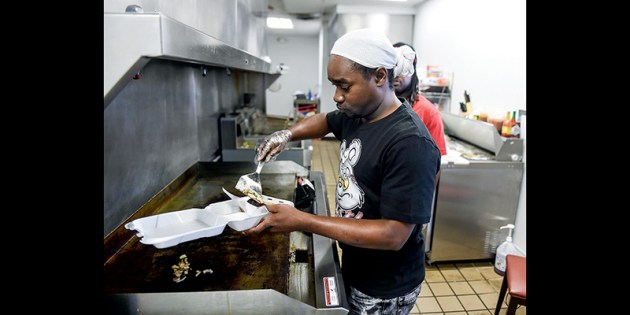 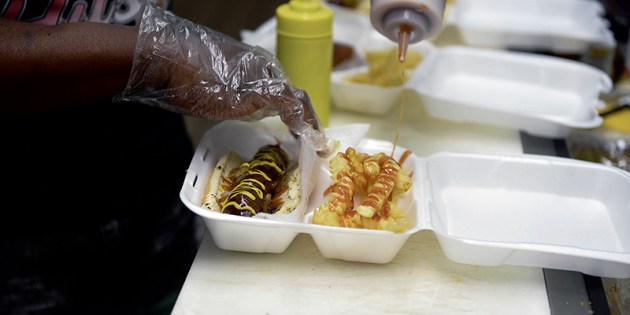 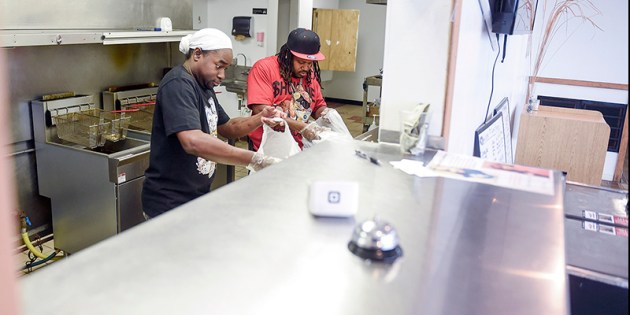 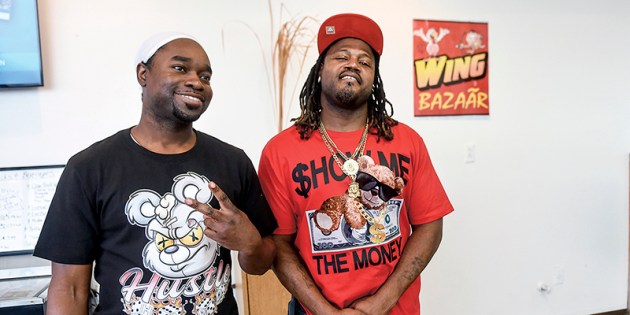 Blue, left, and Quinten Amos stand in front of their sign for Wing Bazaar, their restaurant that opened in July of this year. Eric Johnson/photodesk@austindailyherald.com 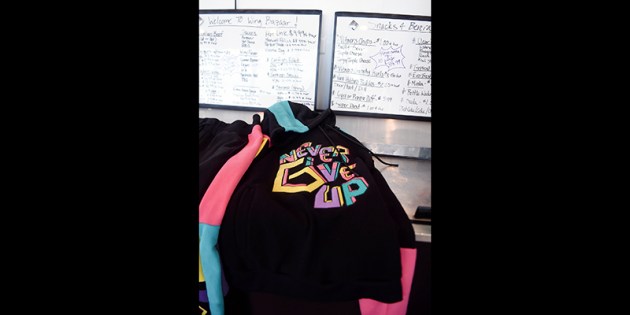 A hoodie is laid out in front of Wing Bazaar’s menu at its location, which opened in July of this year. Eric Johnson/photodesk@austindailyherald.com 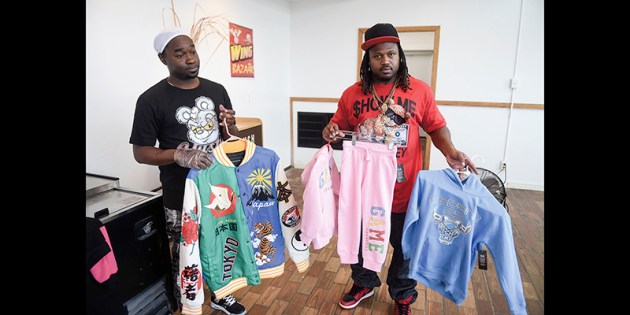 Blue, left, and Quinten Amos show off some of the apparel people can get when Minnesota Fresh in Albert Lea and when the business hopefully comes ot Austin with a second location. Eric Johnson/photodesk@austindailyherald.com

Wing Bazaar is located at 3401 West Oakland Avenue, just across interstate 90 to the west. With a rich and broad menu including everything from full chicken wings of various styles and flavors to catfish offerings and Chicago dogs, Amos and Blue want to ensure that people get a wide array of flavorings.

“We just had a vision,” Amos said. “Blue had a vision, I had a vision. We just came together. We’re just thinking about bringing [you] some good food.”

Amos already has an urban apparel business in Albert Lea called Minnesota Fresh, something he eventually wants to bring to Austin in the form of a second store alongside Wing Bazaar.

The food side of it came from Blue’s own interests in the kitchen. Together with a friend, he started learning his way around food in 2016. Blue said he found enjoyment in time spent cooking and used it as a way to get away from stress.

“I became accustomed to doing it like every day and then it got to where people would say, ‘man, you should sell plates or something,’” he said.

Together with Amos, the two began planning for those shared visions and opening up shop, something that they admittedly had to scrape through with perseverance in the hopes of getting more rolling. Nevertheless, there’s pride there.

“We got this out of the mud,” Amos said. “All of our hard-earned money we worked for. We put our money together and built these businesses.”

Blue said his vision of the food at Wing Bazaar is to be original and authentic while at the same time working to ensure they are comparable to no one, because in his mind it’s not about competition.

Both Blue and Amos want Wing Bazaar to be part of a broader business community.

“We stay out of other people’s lanes,” Blue said. “That way, I’m not competing with anybody and they ain’t competing with me. It’s not a competition thing. I want everybody to win.”

It’s impossible to talk about Amos and Blue’s drive to succeed, however, without talking about where they came from. Both faced struggles growing up, struggles that could have easily continued pushing each in a different direction.

They openly acknowledged the past they came from.

“I made some mistakes, got into some legal situations,” Amos said when talking about his former life on the streets. “I got into treatment and decided that was the turning point of my life. I started figuring out things I could do better.”

Much of his youth was spent hungry and living in a house devoid of many of life’s amenities including lights and heat. He admitted there were few places to turn.

“Being a young age with no money, living in a house with no lights and no gas, mama leaving at all times of the night and you got these guys offering you a job and a hug — that’s the best opportunity,” Amos said. “At a young age I learned how to hustle and be on the streets and survive.”

Amos can remember a time when he and a friend would eat “wish sandwiches,” just to help diminish the hunger pains.

“We would close our eyes and we would say, ‘man, I wish this was something,’” Amos said.

Blue said that relationships often stemmed from just the idea of being hungry.

“A lot of that hustle comes from hunger,” You can’t work a job until you are a certain age so you can’t go out and get a job until you’re 13, but if your stomach is hungry, your family is gone, you probably don’t have a father like I did — I didn’t grow up with a father — you’re just by yourself now,” Blue said. “You’re starving. ‘Dude, you hungry?’ Yeah, I’m hungry and they feed you. Now you are looking up to that person and in actuality, even though he’s doing something bad, he saved your life.”

But now those lessons are being put to good use. It was that mentality of selling that got Amos’ Minnesota Fresh off the ground in the heat of the COVID-19 pandemic in 2020.

“It was already my vision and I already had it in process,” Amos said. “I knew the pandemic was there, but I’m from the projects man. I don’t let anything hold me back.”

It’s that drive that has the duo pushing forward as they keep their eyes open for grants and loans that will help them achieve their united vision.

Those early days also play a pivotal part in how they and others can strive forward for a vision of better days.

“We’re here to show you that you can take what we learned and put it into a better life,” Amos said. “Hustlers have skills. They got sales skills. Use your skills the best you can because that’s what we did.”

In short, Wing Bazaar is a lesson in patience, something that isn’t lost on either as they continue to put money together in an effort to make their endeavor grow.

There’s still plenty to say in the story of Wing Bazaar as well as Blue and Amos, but the future calls by the sound of someone walking in the door.

“The future of Wing Bazaar is right here,” Blue said, getting up from the table and heading to the kitchen with a big smile. “Customers walking through the door. I got to go cook.”