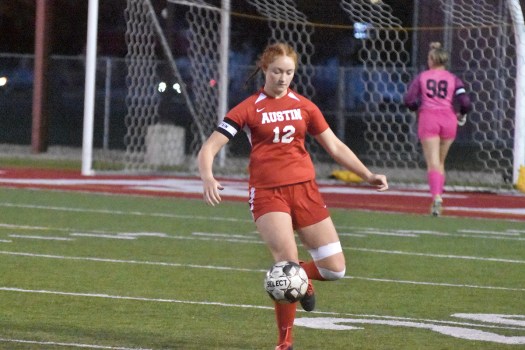 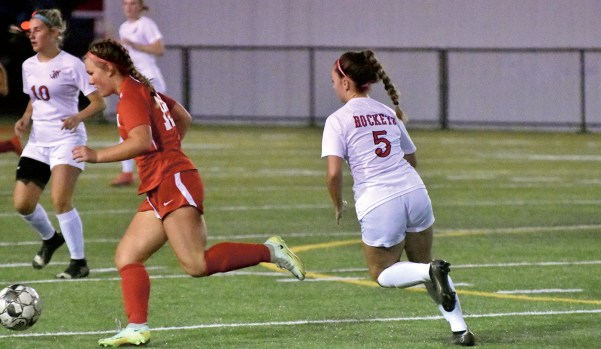 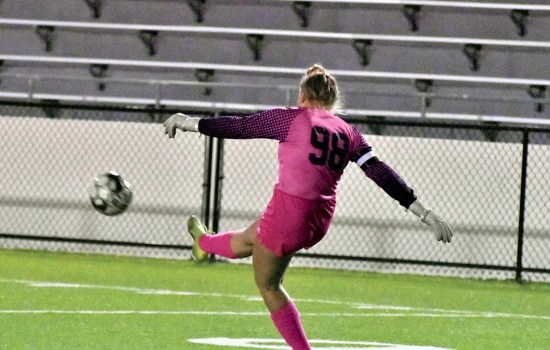 The Packer girls soccer team had one last chance to honor its three senior players and they were able to put forth a good effort as they stuck with Rochester John Marshall for most of the night, before falling 2-1 on senior night in the final home game of the season in Art Hass Stadium Tuesday night.

The game was most likely the final home game for Austin seniors Sarah Wangen, a forward, Mya Walters, a keeper, and Lydia Baron, a defender.

“Since day one, they’ve all been strong leaders in practice, school, in games and in the community,” Austin head coach Jake Levisen said. “It was an honor for our team to come out and play the way we know they can play as a tribute for our seniors tonight.”

The game was tied at 1 for most of the second half, but the Rockets (5-7-1 overall) took the lead for good when Ayana Robinson chipped a shot into the back of the net with just 9:32 left in the game.

The Packers (1-13-1 overall) took a 1-0 lead when Marie Tolbert scored 13 minutes into the game, but the Rockets tied things up with a goal that came eight minutes before halftime.

Austin kept its intensity all night as the team put together one of its better efforts of the season.

“It’s cool to see everybody come together,” said Baron, who has played soccer since she was in seventh grade. “We’re definitely picking up our intensity.”

The Packers have struggled on offense at times this season, but they put eight shots on goal on Tuesday. Wangen nearly tied things up with a line drive attempt late in the game.

Walters finished with 12 saves in what may have been her final start in Art Hass Stadium. She felt a bit of finality, but she was also motivated by the intensity of the moment.

“I saw everybody’s fight and that makes it harder for this to be one of our last times on the field. It made my love for the sport grow even more,” Walters said. “We’ve always gotten along. We joke around and we have the most fun that we can have.”

Austin will close out its regular season on the road Thursday and the postseason will begin next week.

“We’re ramping up right at the perfect time going into sections,” Levisen said. “I’m very excited to see where we’ll go with it.”