Community Salute: Getting the power back on 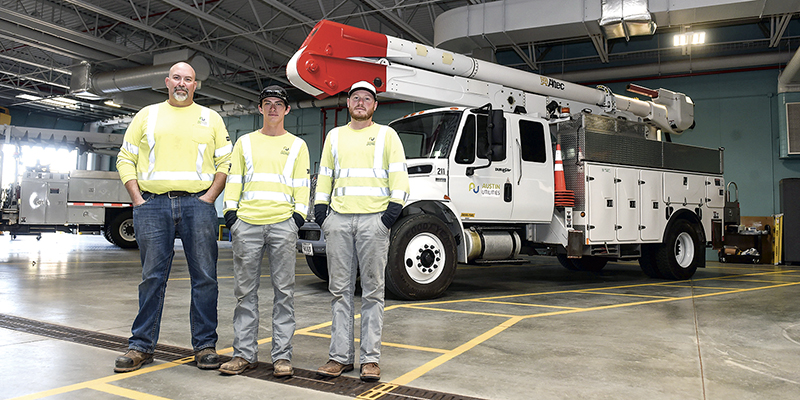 Austin Utilities lineman Jeff Martinson, from left, Dillon Sprague and Trevor Herfindahl returned recently from a stint in Florida helping to get power up and running in the aftermath of Hurricane Ian. Eric Johnson/photodesk@austindailyherald.com

Earlier this week, we introduced three lineman: Jeff Martinson, Dillon Sprague and Trevor Herfindahl, who for over a week volunteered in Florida to help get power back up and running in the state following a strike from Hurricane Ian.

Ian, a Category 4 hurricane just a few notches below a Category 5 storm, made landfall on Sept. 28, striking the southwest side of the state and causing catastrophic flooding and damage to much of Florida.

The Austin Utilities lineman were part of over 60,000 lineman from around the country that went to work quickly to try to get the state standing again.

They were also part of a larger contingent from the state itself, showing that when the rest of the country needs help, Minnesotans are willing to lend a hand.

Martinson, Sprague and Herfindahl aren’t the only ones to have gone to storm-ravaged parts of the country in the past from Austin. Martinson himself made his second trip after driving down to Florida after Hurricane Irma in 2017.

It’s inspiring that not only does Austin Utilities have quality employees here at home when needed, but that they are also willing to go where needed to be part of something bigger.

It’s a credit not only to the employees of Austin Utilities, but a reflection of the work ethic and willingness to simply lend a helping hand.