Brats are Back: After 13 years St. Michaels Bratwurst Supper to make its return 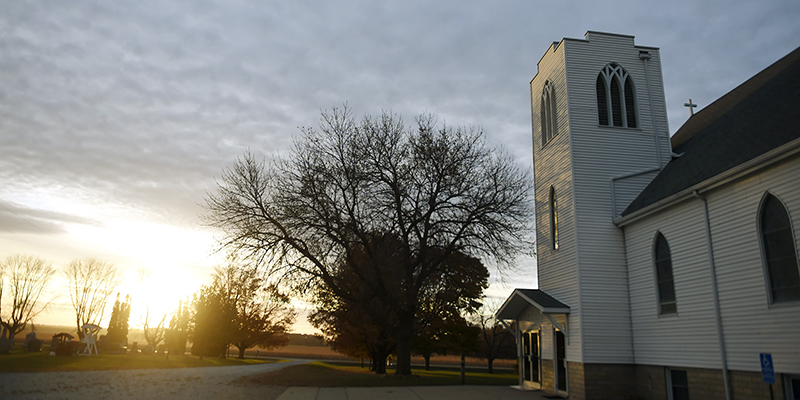 The last rays of an October sunset fall on St. Michael’s Lutheran Church. After a 30 year absence the church is bringing back its Bratwurst Supper. Eric Johnson/photodesk@austindailyherald.com

Kniffles are coming back to St. Michael’s Lutheran Church.

The German dumplings, cooked in the water and juices of cooked bratwurst, will be part of an expansive menu served by the parishioners of the rural Waltham church as part of its Bratwurst Supper, which will be held Oct. 29.

The supper hasn’t been served for around 13 years, but will feature most the favorites served at the church when it was last held, including:

The meal originally was started when Pastor Karl Koch shepherded the church nearly 50 years ago, and was known to draw from all over the local area as well as outside of the area.

The first supper was held in November of 1976 and it stayed that way for 10 years until it was changed to the first Friday of October in 1986.

Being Minnesota, it was snow storms that ultimately forced the church to change its scheduling of the event.

But as time marched on, the supper started to lose help for the massive meal. 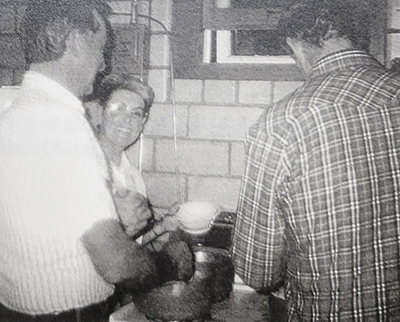 Darrel and Darlene Stolz along with Gary Mindrup make kniffles during a past Bratwurst Supper at St. Michael’s Church. Photo provided

“The first year we had it, we had over 300 people,” said LaVonne Husemoller, prior to a meeting of organizers in the basement of the German heritage church, located southwest of Waltham. “It got to where the older people were getting older and we just didn’t have the help.”

In the early days of the meal, people often had to wait for their names to be called. In preparation for this year’s event, organizers are serving meals in at least two stages of 75 people each with one serving at 5 p.m. and the second at 6 p.m. If needed, a third serving will be added at 7 p.m.

“People waiting had to wait in the church,” long-time member Allen Paape said remembered. “They would call people down when there was space.”

In part, the supper’s return is made possible by the return of those willing to work the event.

“We’ve got outside help. Ten people,” said Burton Ruhter. “We asked some and some just offered.”

However, this year people will be served plates with no seconds, though Pastor Barb Finley-Shea said that people needn’t worry.

“There will be plenty of food,” she said with a smile. “Nobody’s going to get skimped on.”

Along with the meal, Tammy Schneider will be providing music for the evening.

Many have been waiting for the supper’s return. It’s a whole lot of food and history, but in a lot of ways it’s more than just food.

It’s about a return to tradition.

“It’s a chance to connect with people we don’t see all the time,” Finley-Shea said. “There is tradition. Food is secondary to the fellowship.”

Cost of the meal is $15 for adults and $8 for children 6-12. Kids five and under eat free. Take out is also available.

Tickets can be reserved by emailing stmichaelschurchmn@gmail.com or by calling Husemoller at 1-507-440-7113. There is a possibility that tickets could also be purchased at the door.