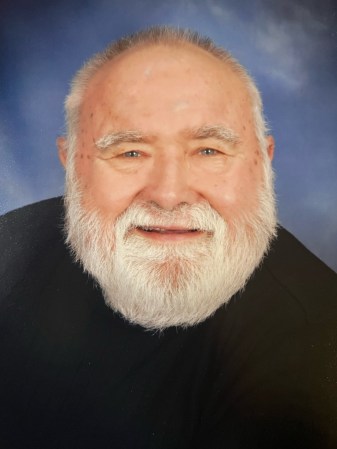 William Albert Noble (aka Billy and Santa Claus), of Blooming Prairie died peacefully at Prairie Manor in Blooming Prairie surrounded by the love and care of his beloved Margaret, his large family, circle of friends and care-givers. Billy is now joined with his identical twin brother, Bobby, in their eternal life.

He was born July 15, 1939, in Blooming Prairie, Minnesota to Albert and Lu (Kvasnicka) Noble. After completing his elementary education at country school, he attended Blooming Prairie High School where he graduated in 1957. He married Margaret Morrison on January 2, 1960, at St. Columbanus Catholic Church in Blooming Prairie. Billy was best known for the years he made countless children happy as Santa Claus with Margaret as Mrs. Claus. He was employed by Owatonna Canning Company, Continental, Contel and GTE where he retired at 53 and was able to support his sons, Michael and Patrick, in their businesses. He was a devoted member of St. Columbanus Catholic Church, where he served as a Treasurer of the Knight’s of Columbus for more than 50 years. In addition, he was a boy scout leader, a member of the Blooming Prairie Fire Department for 30 years and was a recipient of the Jaycee’s Outstanding Young Minnesotan Award.

Billy and Margaret ignited an entrepreneurial spirit with Bill’s Small Appliance Repair and The Noble Place. Everyone was welcome at The Noble Place. Billy enjoyed Awesome Blossom sports games, Minnesota sports, traveling, socializing with family and friends, golfing, music, cooking, kraut making, and pickling. He enjoyed attending activities for his children and grandchildren and had a deep love for his faith, family and friends. Billy was a true ‘ambassador’ of Blooming Prairie, the Prairie Manor and was known for being quite a jovial spirit full of jokes and Billy-ism’s.

Bill was proud to be a brother of David Noble (deceased) of Blooming Prairie; John “Jack” (Darlene) Noble of Owatonna; twin brother, Robert “Bobby” (deceased) (Kay) Noble of Blooming Prairie; Thomas “Tom” (Ann) Noble of Stewartville; Ann (Jim Gaul) Noble of Hayward; Charles “Chuck” (Ranae) Noble of Eden Prairie; and his step sisters, LaVonne (Gene – deceased) Stocking, and Wyonne (Bill) Johnson; and there are many nieces, nephews, other relatives and friends. He was preceded in death by his parents; in-laws, Harold and Marie Morrison; his stepmother, Gertie Siebel Noble, brothers David, Bobby and his in-laws Donald and John Morrison and Joanne Van Wyck and his niece, Debbie Noble and nephew Josh Billings.