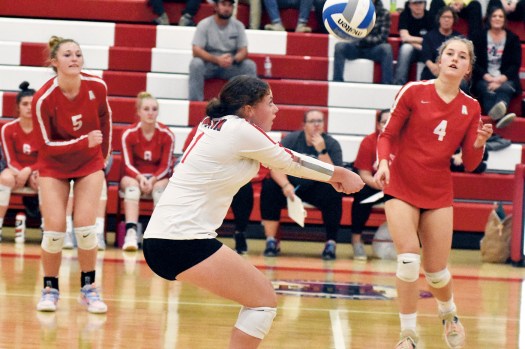 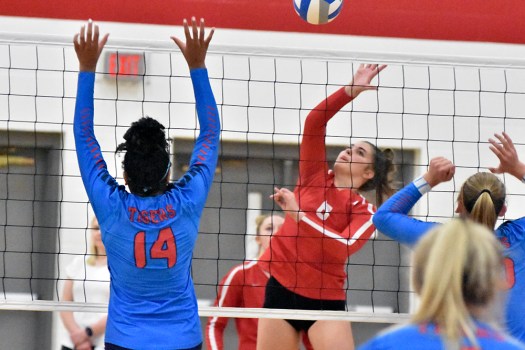 Austin'sTeagan Sutter goes up for a hit in Packer Gym. Rocky Hulne/sports@austindailyherald.com 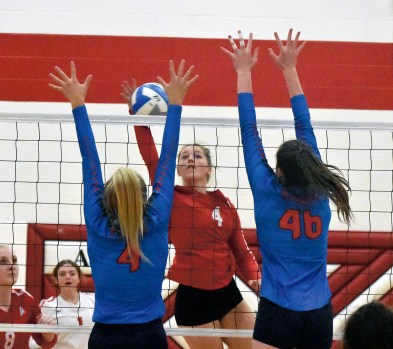 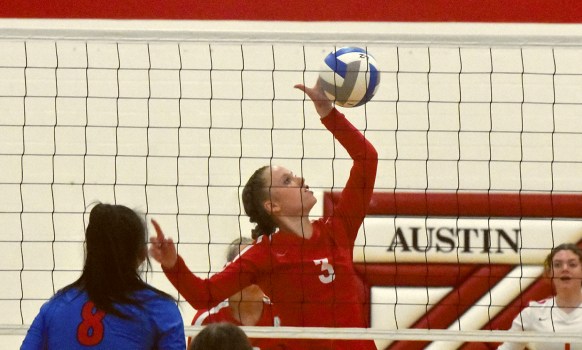 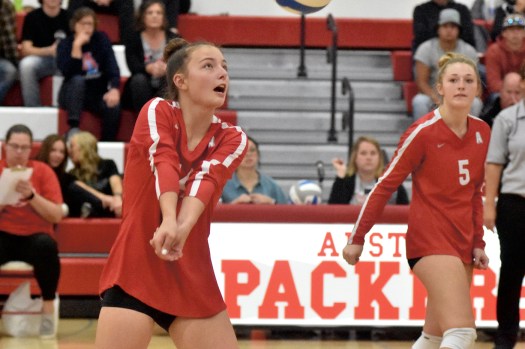 The Packers (2-9 overall) scored the first nine points of the second game, but let it slip away and they led 19-16 in the fourth game, before the Tigers (4-7 overall) rallied away with a match win.

There were times in the match when Austin looked like the dominant team and there were other times when the Packers looked overmatched.

“This group is learning to battle. As high as we get, sometimes we go down as low as we can get. We’ve got peaks and valleys and we’ve got to minimize those lows,” Austin head coach Jeremy Struck said. “We can compete in the Big Nine, but we haven’t reached that plateau yet. We’ve been close so many times.”

The Packers have now lost six straight, but it hasn’t put a damper in the team’s effort.

“I think we played really hard and everyone put their best effort forth,” said Austin’s Emily Hjelmen, who had four kills. “There were just some mistakes that happened. This was better than our previous games.”