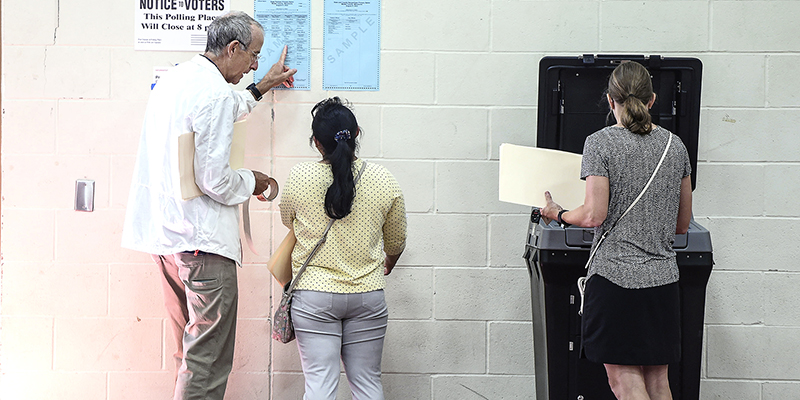 After nearly 30 years as an election administrator, I have the Election Day routine down to a science.

Arrive at the precinct by 6:15 a.m. Turn on the voting machines. Take the ballots out of the safe, where they have been secured since the county delivered them the day before. Greet election judges as they arrive. Make sure two judges — each representing a different political party — inspect each machine. Set out the United States and Minnesota flags. Swear in the judges. Have two judges (again from differing parties) count and initial each ballot. The checklist list goes on, step by methodical step, until the polls close, each vote is counted, and I finally head home 15 or so hours later.

Election Day is long, exhausting, busy and tedious all at once — and one of my favorite days of the year. It is when I feel the deepest sense of patriotism, knowing I play a role in one of the most important facets of our democracy: the right to vote.

It is disappointing to see the criticism elections and election officials have received in recent years. The truth is, we are just like you. Election administrators and judges are part of the community. We are your neighbors and co-workers, people you see at church on Sunday or in line at the grocery store. I believe I speak for all election officials when I say we are honest citizens who want to serve our community to the best of our ability.

I am proud of my hard-working, dedicated team of six election judges in Baudette, a town of just under 1,000 residents located near the Canadian border. Four of them have served as judges for the entire 16 years I have been the city clerk. I have never had an election judge quit, with the exception of when their health prevented them from serving.

On Election Day, the judges bring a smorgasbord of snacks and a wide array of conversation and quilting tips, not hidden agendas or plans to discount anyone’s vote. The rare occasions when they have to turn away a potential voter are heartbreaking. Judges do everything they can to ensure every eligible voter gets to cast a ballot.

I know some people are worried about the upcoming election. They are concerned elections are corrupt, their vote won’t be counted and the potential that improper votes will, or that something inappropriate is happening behind the scenes. I don’t share those concerns because I trust the process and I believe in the people who work tirelessly to make sure our elections are conducted with the highest level of integrity.

When I think about Nov. 8, I feel excited, not anxiety ridden. From my years of experience as a city clerk with colleagues and friends throughout the state, I know Baudette is like most cities, with honest election judges and ethical voting practices.

I encourage voters to register and update information in advance to ensure that things go seamlessly this election! And I urge you to cast your ballot knowing that the election officials you encounter are regular people devoting their time and energy to upholding your right to vote.