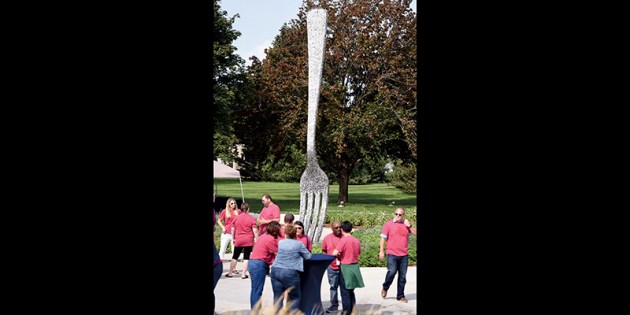 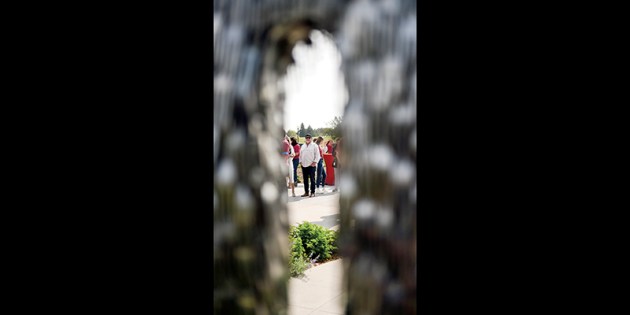 Artist Gordon Huether is seen through the tines of the giant fork sculpture he conceived of using 20,000 indiviudal forks brought in by Hormel Foods employees. Eric Johnson/photodesk@austindailyherald.com 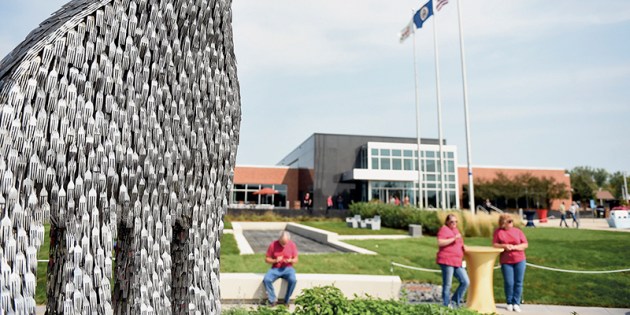 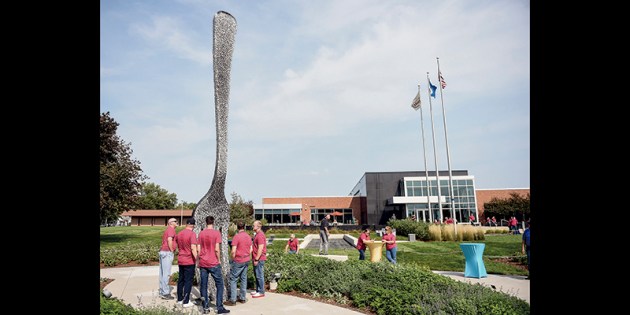 Hormel employees check out the Big Fork prior to a dedication ceremony for The Inspired People Plaza Thursday afternoon. Eric Johnson/photodesk@austindailyherald.com 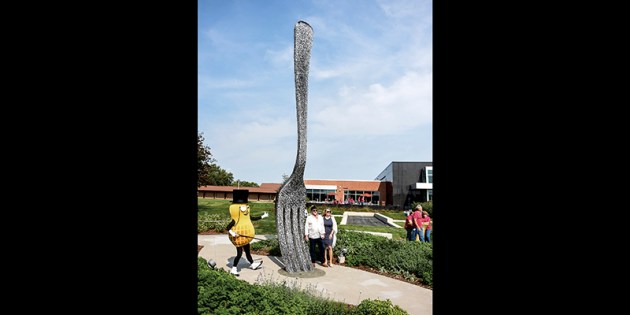 Gordon and Darcy Huether pose for a picture in front of the Big Fork sculputre he conceived for Hormel Foods Thursday. Eric Johnson/photodesk@austindailyherald.com 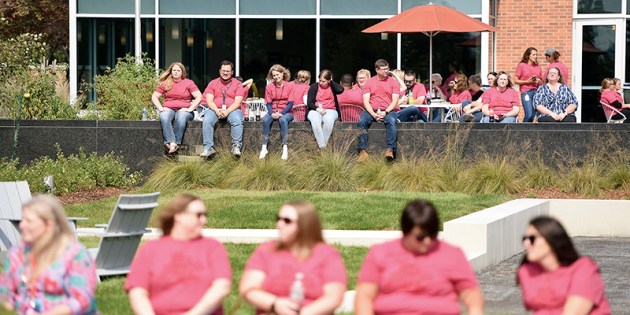 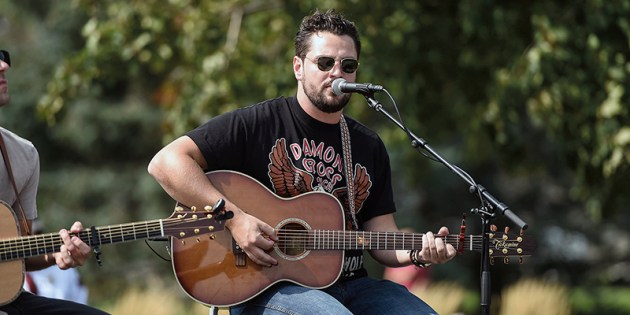 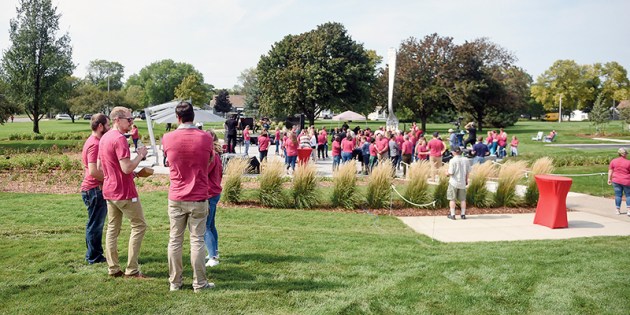 There’s no denying it — you’re not going to miss Hormel Foods Corporation’s latest addition to its corporate headquarters.

Anchoring what is now known as The Inspired People Plaza is a 25-foot tall fork sculpture, created using 20,000 individual forks donated by employees, and serves as an ode to the spirit of those working at Hormel as well as the power of food.

“Food is at the center of all we do and who we are,” said Hormel Chairman of the Board, President and CEO Jim Snee. “Food has the power to change lives, lift up communities and bring people together. Our team of 20,000 inspired people donated the forks to create this visionary work of art, representing the power that food has to make a difference in the world. This sculpture is dedicated to them and to the community of Austin, our hometown since 1891.”

The dedication of the plaza and the sculpture came during the company’s Spirit Week, which celebrates Hormel’s employees.

The fork weighs 2,000 pounds and is the creation of artist Gordon Huether.

“When you think about the power of food and the power of community and sharing that idea and delivering that message through art — it’s the personification of all those wearing those red shirts out there,” Huether said Thursday during the dedication ceremony, referring to the employees wearing the Power of T-shirts.

The idea of erecting the sculpture and building the plaza began two years ago as a group of company leaders began looking for ways to honor the part food plays in our lives.

Once the idea was settled on, the search began for an artist to carry out that vision. They eventually settled on Huether, who has a studio in Napa, California and who has Austin connections through his wife Darcy, who grew up in Austin.

“When you think about the special moments in our lives, food is there,” said Deanna Brady, executive vice president of Refrigerated Foods and a member of the group working on the sculpture. “There is incredible power in it — the sharing, the creating, the sitting down and talking. We’re honored to be part of that.”

About a year into the planning, employees were asked to bring a single fork in to be used in the sculpture, although they weren’t sure at the time what they would be used for.”

Snee, during his speech at Thursday’s dedication ceremony, talked about poignant nature of the event and what it means for the company and its employees.

“It’s important to think about what this is all about,” he said, referring to the part Hormel plays in the community and agriculture. “I think it’s really important we don’t lose sight of that. We’re dedicated to the family farms that surround us. The innovating and enduring reach of this organization is remarkable.”

To the same point, Huether said the fork sculpture is emblematic of the bigger picture surrounding Hormel. Not just its impact as a company, but its impact on people.

“To me, it speaks a lot about the values of Hormel Foods that art is important to life, and about their vision in wanting to create a major public artwork to brand their headquarters and embody the company ethos,” Huether said.

The fork is also the center of what Hormel is as a company, Snee said.

“What we do matters and people are relying on us,” he said. “Here, the Big Fork as Gordon — an incredible artist who made and named it … is the epicenter for food innovation. This sculpture is dedicated to our team.”