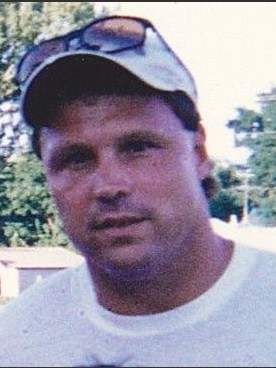 Troy was born 8 weeks premature on March 10, 1962 to Alvin and Ilene Cunningham at St. Olaf Hospital in Austin. Catching up in size and development was the first of many feats that Troy made quick work of, whether it be a feat of strength or any other personal goal.

He attended school in the Austin Catholic School System, first at Queen of Angels for Middle School before attending Pacelli High School. It was here that Troy garnered a strong reputation, whether it was for his many athletic achievements with the Shamrocks football and basketball teams, being schooled in the sweet science of boxing by the great David Buxton, or by just being the class clown who could drive Mr. Cook and the Nuns up a wall.

Troy began his career of employment early, first at age 14 washing dishes for Ciola’s Italian Restaurant before working the next two summers on the Carnival with the Buxton family. High School was not Troy’s strong suit in life, so his father helped him gain employment with The Milwaukee Road Railroad Company in 1979. He parlayed that strong work ethic and great job opportunity into a 39-year career on the railroad, spanning from The Milwaukee Road, to Soo Line, Canadian Pacific Railway, I&M Rail Link, IC&E Railroad, before retiring with the Canadian Pacific Railway in 2018

Always a strong Union supporter, Troy and his Union brothers were on the right side of a victorious seven-week strike against Soo Line in the Summer of 1994. “Tough times don’t last, Tough people do” was the battle cry they lived by that summer. To avoid crossing the picket line but still provide for his family as a single dad, Troy took on employment with his cousin and close friend Brad Hardy at CNL Communications in Owatonna, digging holes and burying fiber optic cable.

Speaking of being Dad, Troy not only excelled but embraced every moment and opportunity he had with his family while raising them. Upon the birth of his first son Mike, Troy called his mother and exclaimed “I have a son!!”. I guess the best things come in 3’s because before he was done, he was blessed with three strong sons he would raise with an assist from Grandma and Grandpa. Troy was quoted many times saying it was “the best time of my life raising my kids”.

The next couple of decades were spent going to dirt track races, chasing around family favorite driver Mark Noble from track to track. As his boys grew older, he spent time proudly cheering on the 3 of them while they achieved every athletic endeavor they encountered on the football field and wrestling mat. Always the supportive father, Troy sent his boys to numerous wrestling and football camps, opened a weightlifting gym in his garage that was appropriately dubbed “Troy Built Gym”, and even remodeled a room in the basement with wrestling mats, in case his boys and their teammates needed the extra mat time in the summer.

Thankfully, Troy would not spend his life without a mate after he met the love of his life Tina in 2001. They spent 17 years madly in love, raising two separate families together and occasionally traveling before Tina’s unfortunate passing in 2018.

Troy was well aware none of this was possible without reaching sobriety and all the rewards that come with it. He lived through his sobriety one day at a time for nearly 4 decades. It was this lifestyle and set of principles that allowed Troy to enjoy every moment of his life.

Always the symbol of immaculate strength, Troy won numerous weight lifting competitions in the late 80’s and early 90’s. His personal best on the bench ranged anywhere from 525 pounds to 535 pounds, depending on what day of the week it was and where the story came from. Always quick to show off for the boys and their friends, Troy was known for bending a few bars from putting on so much weight on the bench press.

Troy not only excelled with his physical strength, but also his mental strength. Post-retirement he spent a lot of his time caring for his sick fiance Tina, whom he loved dearly, and his beloved father Al as he navigated the end of his life. Troy was always willing to help anyone, from friends to family, he helped all who asked.

In the final chapter of his life, Troy fully embraced being Grandpa. He purchased land at the Cottage Inn that was in the family for decades. After acquiring the land, he re-developed it to include a pool for his grandchildren, a cabin for camping, and room to store the muscle cars that he cherished and enjoyed showing off.

Sixty years may seem like it is not enough, not fair, and completely unfulfilling. That is not the case with Troy Cunningham. He was the most reliable, loving, generous, enjoyable, and driven man we have had the pleasure of encountering. Until we meet again, this is not goodbye but rather see you later. We love you and will miss you, Dad!

He was preceded in death by his Father Alvin Cunningham, the Love of his life Tina Young, and nephew Eric Hayes.

Services begin Friday August 12 with a wake at Mayer Funeral Home in Austin from 4-7pm. The funeral will be Saturday August 13 at 11am with visitation taking place at 10am at St. Augustine’s Church in Austin.