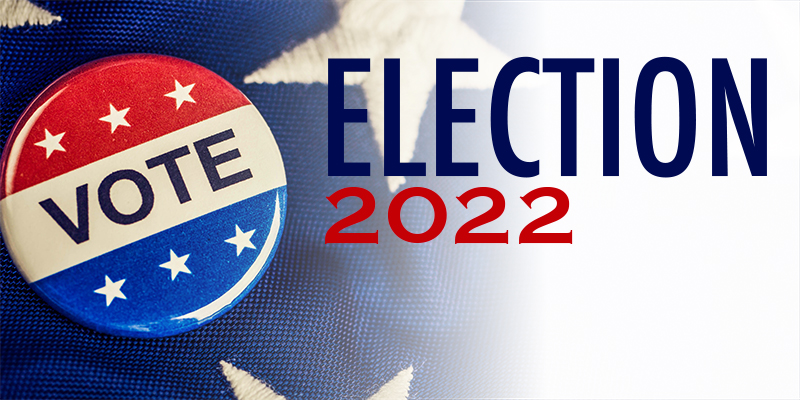 A Glenville resident filed a petition with the Minnesota Supreme Court last week asking to remove Republican Senate District 23 candidate Gene Dornink from the primary election ballot, alleging he does not reside in the district.

The petition, filed by Judy Kay Olson, alleges Dornink resides in Hayfield instead of Brownsdale, which Dornink listed as his address on his affidavit of candidacy in May.

Dornink, who is completing his first term as a senator, had lived on the edge of District 27 in Hayfield when the  new redistricting boundaries were announced in February.

With the change in boundaries putting Dornink into Senate District 24, Dornink announced in February he and his family would run for office in the new Senate District 23, and he and his family would move to a house he owns in Glenville that he was fixing up. He said it would allow him to serve much of the same areas he has represented, including all of Freeborn County and most of Mower County.

He later announced he was moving to Brownsdale and won the Republican Party endorsement for the seat against opponent Lisa Hanson of Hayward, who is most notably known for opening her former restaurant for in-person dining in defiance of the state orders to stop the spread of COVID-19.

Though Hanson did not win the endorsement, she also filed for the seat, and she and Dornink are slated to face off in the Republican primary Aug. 9.

The petition filed in court alleges Dornink identified his residency as 104 NW Grove St. in Brownsdale on his affidavit of candidacy, but accuses him of continuing to reside at 74427 170th Ave. in Hayfield up to the present time. It referenced Minnesota statute that requires candidates to live in the district they will serve in at least six months prior to the general election — which in this case was May 8. Candidates could file for the seat from May 17 through May 31.

Olson in the petition said the secretary of state and county auditors erred when they accepted Dornink as an eligible candidate for the seat and asked that they remove him from the ballot or simply not allow any of his votes to be counted in the upcoming election.

Olson said on May 10 she drove by the Glenville address where Dornink was going to live originally at 78298 150th St. and found no indication Dornink and his family had moved into the property. She then contacted Keith Haskell, who states in the petition that he is an investigator and who also has had ties to Hanson’s campaign. In May and June, he was listed as receiving $3,000 from her campaign — the expense was labeled as a campaign manager employee expense.

The petition states on July 15, Olson and Haskell drove by the Brownsdale address listed on the affidavit of candidacy at about 3:30 p.m., and the property presented as “clean, sterile and lifeless, having no landscaping or potted flowers.”

They also visited the Hayfield property, which they said looked like it was occupied by a family with a large trampoline visible, along with other children’s toys. There also was a dog and more than three vehicles parked. One of the vehicles had a “Gene Dornink for Senate” sign. There was also a well-kept vegetable garden, and the home and buildings appeared well-maintained, the petition stated.

She said she drove by the Brownsdale property again that day at 10:30 p.m. with Haskell and resident Carol Linde and saw lights on inside of the house but no human activity.

On June 16, she said she also drove with Haskell past the Brownsdale residence filed on Dornink’s affidavit of candidacy and “it did not appear that anyone was living at the address based on the appearance of property and the clear lack of activity.”

Since it did not appear Dornink and his family were at the Brownsdale residence, they then drove to the Hayfield residence, where they said they noticed a Suburban parked on the property with “Dornink for Senate” decals. Dornink was also working on something in the front of the property.

In his declaration in the petition, Haskell stated he has had over 32 years of experience as an investigator, conducting private investigations for private agencies, major retailers and other entities. He said it is his opinion that Dornink resides at the Hayfield address and not the Brownsdale one.

He talked about visiting the Glenville address Dornink was supposed to move to in May, which at that time he described as “clearly a home under reconstruction with bare walls, un-taped sheetrock, empty electrical boxes and other evidence.” At Dornink’s longtime Hayfield address that same day, Haskell said he thought it was clear Dornink and his family still resided at the address in Hayfield because of multiple vehicles on the property, a well maintained lawn and toys out.

On May 25, he conducted a video-taped residency check in Brownsdale and found no garbage container on the street for the address, no lights on in the home and no vehicles in the driveway or nearby, and the lawn had survey flags in it. He said he knocked on the door with no answer.

In talking with a neighbor across the street, that individual reportedly stated, “you know how rumors go; some representative switched districts, redistrict, you know how they do that … so I think he bought it to have an address in Brownsdale.”

The neighbor said he saw traffic, but only for  “cleaning and stuff.”

Another neighbor on May 28, when asked if he had seen moving trucks in the area, reportedly stated “that one is some elected official who just recently bought it to say that he was living there to be in the district that he’s not really in, but nobody ever stays there more than a few minutes and aren’t living there.”

On June 15, Haskell said he conducted a video-taped residency check in Brownsdale and saw Dornink’s green Pontiac in front of the home on the street, and it appeared the car has been unused for a period of time with tree buds, pollen and small branches on the windshield and hood.

The next day, the brown car was still parked on the street in the same spot, with small tree debris on the windshield, wipers and hood.

At the Hayfield address, Dornink was observed working on something on the back deck.

He said as of July 15, the Hayfield property was still homesteaded.

At almost 10:30 p.m. July 15 in Brownsdale, Haskell said he saw three vehicles at the property, the shades were pulled and the lights on. One vehicle was in the driveway.

Dornink issued the following statement responding to the court filing challenging his residency in the district:

“This is an absurd complaint,” he said. “I’ve been living at the home in Brownsdale since May. Maybe these investigators didn’t see me the six times they visited because I am working during the day and campaigning in the evening. I have been getting a great reception at the doors, parades and fairs, and I will be continuing on the campaign trail. I look forward to the prompt dismissal of the frivolous accusation.”

In a court order Friday, Chief Justice Lorie Gildea stated Olson needed to provide proof of service of her petition upon all of the respondents in the case, which included the secretary of state, Dornink and the county auditors in Freeborn, Faribault, Mower, Steele and Waseca counties.

She also questioned why the petition could not have been filed at an earlier time, and asked Olson to provide a memo no later than Monday to address this issue.

The respondents and Dornink had until Monday to file a written response.