On the edge of tomorrow: In its 50th year, KSMQ nears moving into its new building 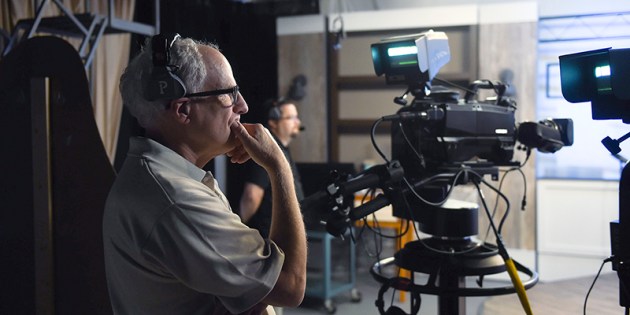 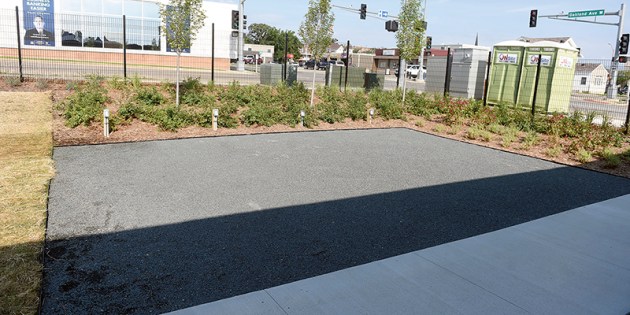 This patio will allow for outdoor broadcasts and recordings all within a green area that was a major part of plans. Eric Johnson/photodesk@austindailyherald.com 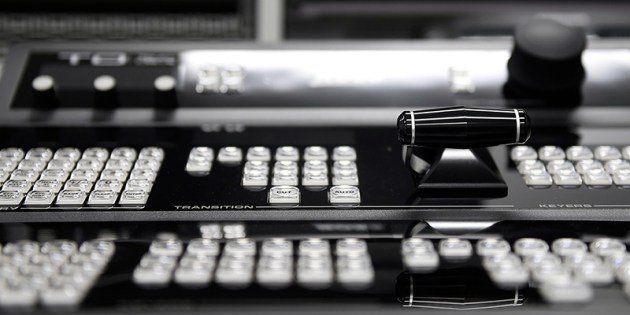 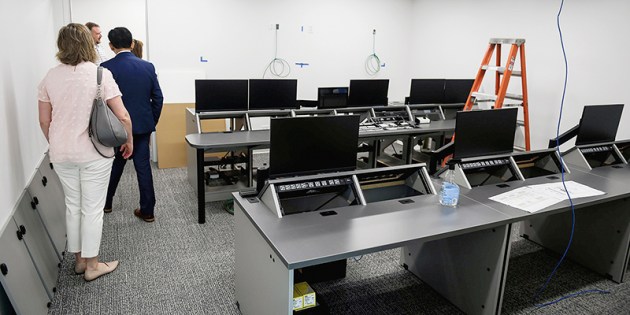 A tour group gets a look at the production room at the new KSMQ location. Eric Johnson/photodesk@austindailyherald.com 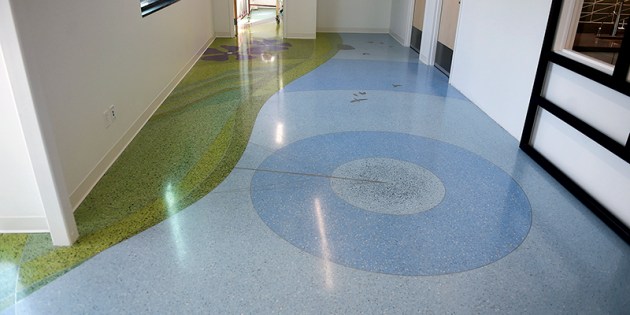 The unique piece of floor art at KSMQ, designed by Bebe Keith, combines nature and technology to tell a story of bringing the tewo areas together. Eric Johnson/photodesk@austindailyherald.com 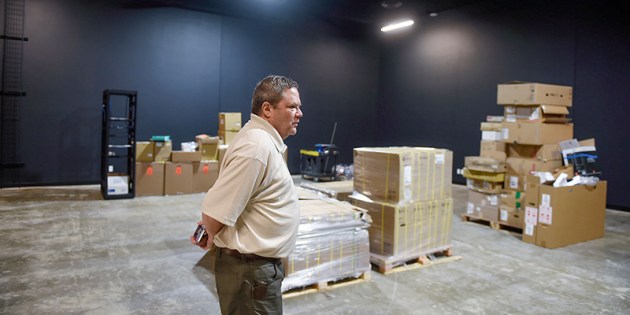 KSMQ President Eric Olson walks in the middle of the studio, which will be able to record for shows at once once it is completed. Eric Johnson/photodesk@austindailyherald.com 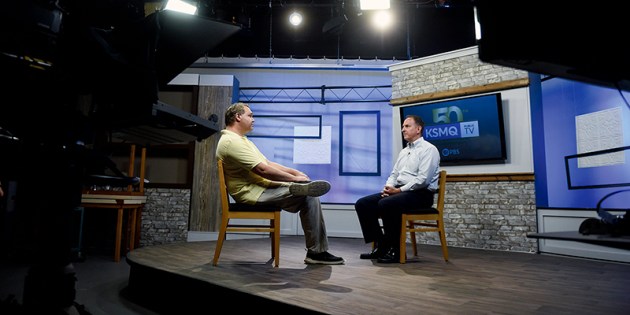 KSMQ will soon be moving from its cramped confines at Riverland Community College to the more open area of the new building downtown. Eric Johnson/photodesk@austindailyherald.com

KSMQ is inching closer to one of its biggest milestones in its 50-year history.

The signs are everywhere when stepping into the new downtown location. Just this past week, McGough Construction turned the keys over to KSMQ and already people have been coming for tours of the revolutionary new studio.

All around the 10,000 square foot Broadcast Center are computer and TV screens waiting to be mounted, electronics and communications equipment waiting to be hooked up and rooms waiting for their furniture.

KSMQ is almost there.

“The water’s running, the power’s working,” said KSMQ President Eric Olson, who on a sunny Thursday morning was sitting out front of the building talking all things KSMQ. “The main systems are in place as a building, but not as a television station.”

KSMQ is agonizingly close to that moment. While the facility is standing and complete all but for the smaller details inside, it’s still in the finishing stages of being able to broadcast from the location.

That’s because the station isn’t simply moving equipment. Instead, it’s replacing it and that won’t allow them to begin broadcasting until early next year. Still, it’s undeniable that the excitement is palpable for those working at KSMQ, which has seen and broadcast a lot over its 50 years of life.

“We have never had our own facility,” Olson said. “It may not seem like much, but we’ve never had a place built for television or media production. This is a huge first.”

The very fact that they will now have a recording studio that will be able to record on four individual stages is a notable departure from the one-stage set-up the public television station has now in the West Building of Riverland Community College.

In just a few short months, that change will be highly visible.

“This puts us on the map I think as a regional broadcaster,” Olson said. “Locally owned and operated. That’s an important piece.”

Local has been at the heart of KSMQ from the beginning, when it was a part of the educational programming of the Austin Public Schools system.

But since its earliest days, it’s only called the nooks and crannies at Riverland Community College home. You have to wind through a maze of cobbled together cubicles to find Michael Bednar, one of KSMQ’s longest tenured employees at 18 years.

Still, she remembers a time when the station was even smaller than it is now within the college.

“It was a lot quieter than this,” Bednar said. “It wasn’t a big space.”

Bednar was recruited to join the station by interim station manager Danielle Heiny to help answer phones for a few hours every day from Monday through Friday. Eventually that moved to membership work and as time went on she picked up more duties.

Every day was something new.

“Eventually, my responsibilities grew,” Bednar said. “This is a big business. What’s exciting to me is I knew nothing about production so I got to watch that. Everybody here is really vital to this operation.”

The biggest threat came in 2005 and it was something of a litmus test. While the choice was simple, the process behind the decision was agonizing. It took a board of directors with vision to ensure the station remained.

“The board of directors at that time had a simple choice,” Olson said. “We can hand this license back to the FCC and all go home. PBS will come here from Iowa or something, or we can change the license, raise funds and really make it grow. And they chose the latter.”

It became clear at the time though that the status quo would not hold the station for the future. It had to evolve and meet the changing times. It had to do more.

Olson is 11 years now in and part of his job was to grow the studio and grow the programming.

It was a mutual evolution with the changing technology which allowed the station to flourish with new programs like “Off 90” and “Our Town,” playing off the established programming Public Television had been known for years and years.

It also wrapped back to the people working at the station.

“”Several of our producers worked in Los Angeles. They chose to work here,” Olson said. “When they have story ideas we can let them do them without a lot of bureaucracy, because we’re small.”

One of those producers who spent time in Los Angeles was Kevin Hanson, who came to KSMQ in 2013, after working at the Austin Post-Bulletin as the internet content editor.

A move by the Post-Bulletin, however, that shifted more work to its corporate home in Illinois served as a lever of change for Hanson.

“I had been a TV news cameraman and I had gone to two film schools,” Hanson said. “I had some knowledge of how to tell a story.”

Hanson studied film earlier in his life in both Los Angeles and New York and worked on such shows as Inside Edition doing sound while covering such high profile events as the Menendez Brothers trial.

For the Austin native, the appeal of getting back in the saddle of broadcast lent well to his drive of working locally.

“I like the shows I work on because we’re telling stories about local people, like the “Off 90” program and we have “Our Town,” which is Rochester. But it’s like real local people. It’s not official spokes people like you might see on network TV. They’re real members of the southeast community.”

The context of local is what is appealing to all those working at KSMQ. It’s the draw of the new building luring eyes downtown.

“That’s why I wanted to be down here,” Olson said. “Television isn’t something you turn on and it’s an anonymous bunch of images coming from somewhere. We wanted to make it personal so we’re physically here and our people are physically here and that’s incredibly important in this day of media consolidation. The connection they make throughout the viewing area — we hope it’s something that will help us survive.”

Olson said that KSMQ is planning a public celebration in September, as well as a private celebration for the builders of the Broadcast Center. For the public celebration, they plan on a massive family-friendly fling on Main Street featuring Tonic Sol Fa rounding out the evening.

“It’s a way to say thank-you to the community,” Olson said.

Fifty years has been a story unto itself for KSMQ as it went through the earliest days of educational programming, the near closing of the 2000s to something much different being broadcast today.

While the public waits for the full opening, the employees are also eagerly waiting to get into the new building.

“I’ve had the privilege of going down there almost every day to document it with video and stills since the beginning,” Hanson said. “Since last fall when they were first pouring the fittings. It’s kind of cool to be observing the process from behind the scenes. It’s just really interesting. I feel like I know more about the new building than most people because I’ve been there most every day.”

But it’s the ones who have been there the longest that perhaps can appreciate the legacy of KSMQ the most. Those who have lived through all three epochs of a station growing to embrace the future.

“I think they are on the edge of tomorrow,” Bednar said. “They are going to do great things. I think we’re really working on developing that education piece. I think all of those things are going to come through and work great for us.”