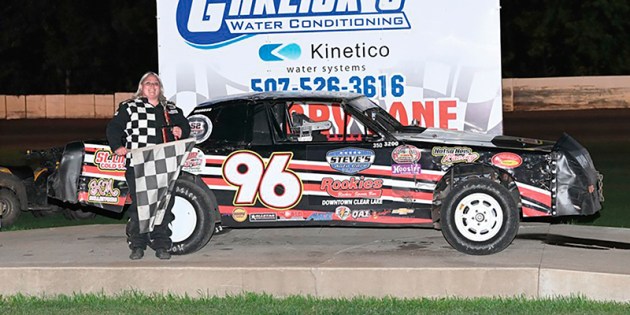 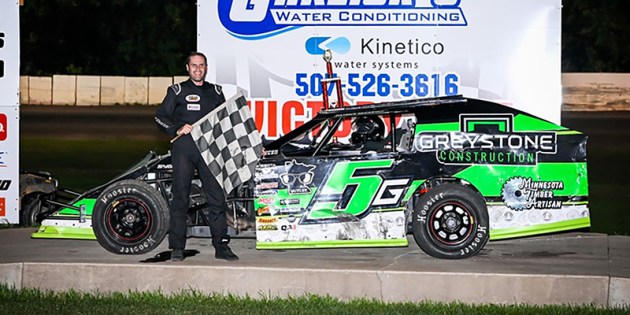 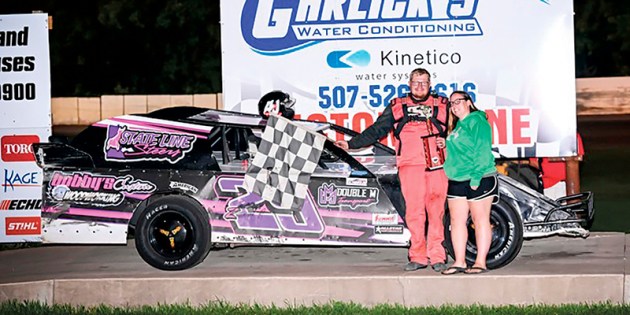 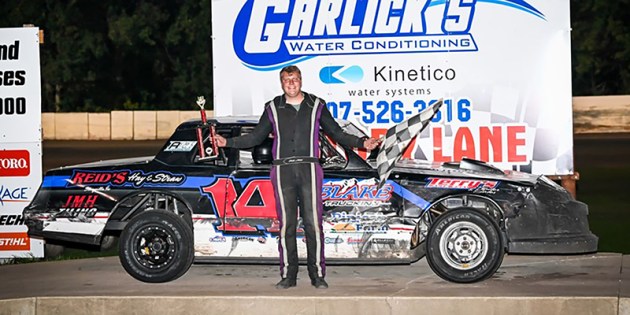 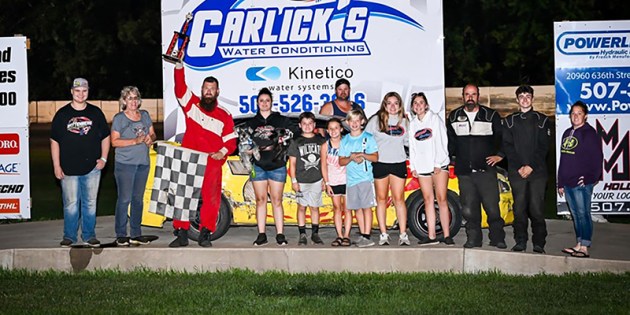 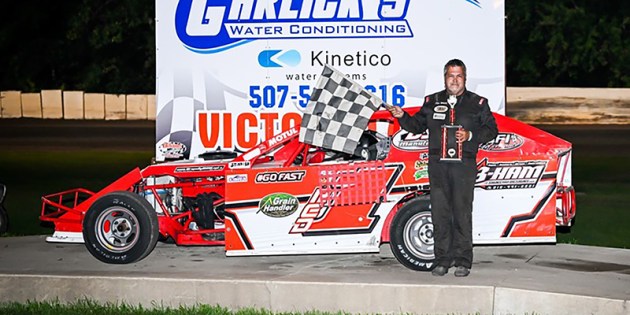 The calendar has turned to August and that means the racing season is coming into the home stretch at Chateau Speedway in Lansing. After Friday night’s action, only four nights remain to decide track championships in the track’s six classes.

Two big specials will wrap up the season in September including the “Spirit of 83 – Mike Guttormson Memorial” and the USRA Summit Shoot Out for Stock Cars. There is still lots of great action to come as the final weeks of the season come down. Friday saw two drivers pick up their first career feature wins at Chateau and four drivers complete sweeps after backing up heat wins with feature wins.

In the first feature of the night Kyndra Guttormson of Chatfield scored her first career feature win in Power 96 Pure Stocks. She has scored several heat wins over the last few years but was still hunting that first feature win and Friday night she found it moving to the lead on lap two and holding on for the win. Jack Maas of Faribault kept the pressure on for the final laps but she was able to hold off the challenge.

In French’s Repair USRA A Mods AJ Zvorak of Blooming Prairie, who has had feature wins in other classes over the years at Lansing, scoring his first feature win in the A Mod class. AJ started outside in the front row and after a good jump on the drop of the green lead flag to flag in taking the win.

Racing action continues next Friday night with all six classes back in action.  First green flag is set for 7:15 p.m.