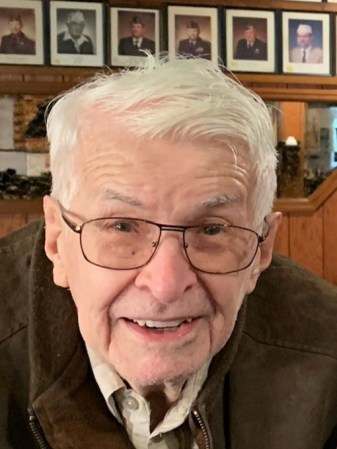 Gene was born October 17, 1931 in Austin, MN to Evered and Esther (Badenschier) Seavey. He grew up in Waltham and Austin and graduated from Austin High School.

Gene was member of the Austin VFW where he enjoyed reminiscing with friends and supporting his fellow vets. In his spare time, he enjoyed researching and documenting his family tree and tinkering around the house and garage.

A Celebration of Life will be held at Mayer Funeral Home, Austin, MN, on Friday, July 8th from 1-2:30pm followed by a burial at Oakwood Cemetery. Family and friends are welcome to join the family at the VFW, Austin, from 3-5pm following the burial for a brief reception.