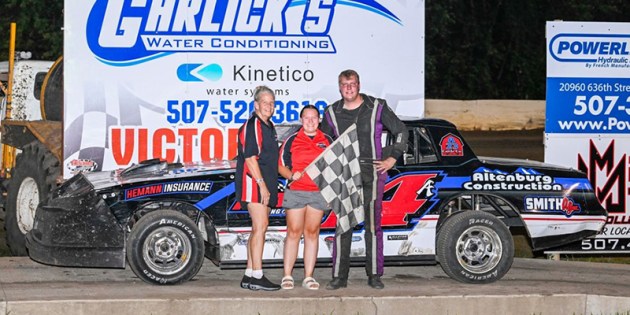 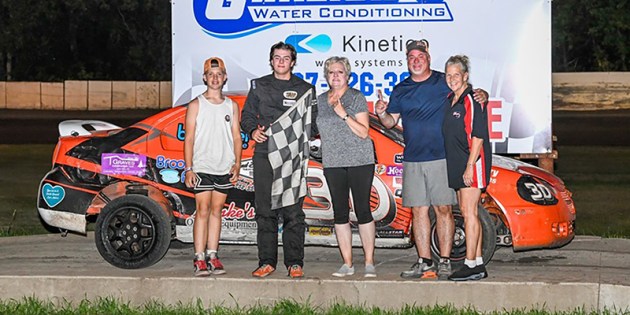 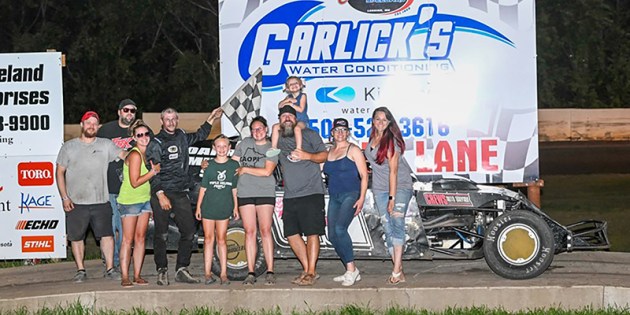 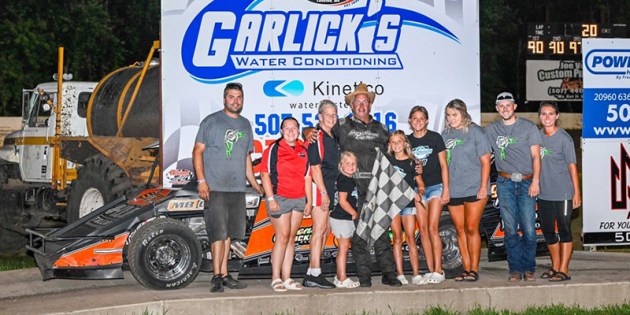 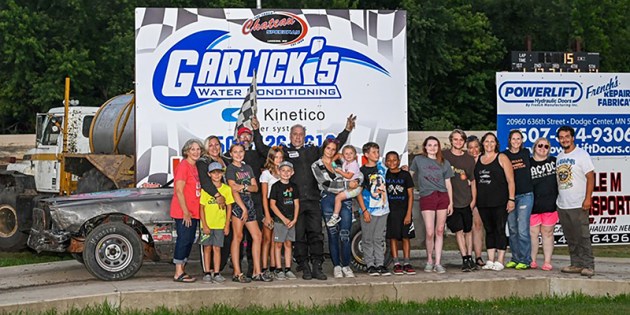 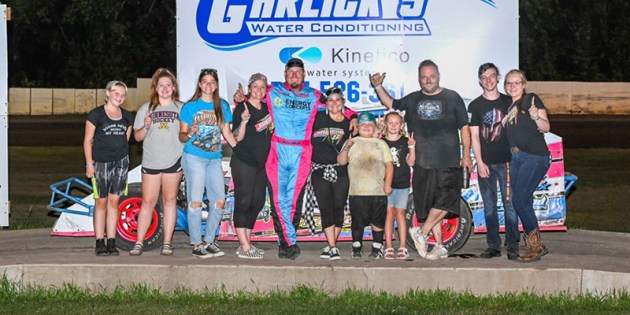 Temperatures were plenty warm for Friday night’s action at Chateau Speedway and the drivers responded with one of the quickest shows of the season.

In Double M Transport USRA B Mod action current points leader Michael Johnson of Rose Creek picked up his third feature win of the season. Michael started back in row three and made a quick charge to second before taking over the lead on lap seven from Cole Neisus of Hastings.  Hunter Kennedy of St Ansgar, Iowa moved into second at the end.

Blake Adams of McIntire Iowa scored his first feature win of the year in the Skjeveland Sanitation USRA Stock Cars. Adams started on the front row and lead flag to flag as the field went caution free for the race.

The French’s Repair USRA A Mods went caution free for the first time this year as Steve Wetzstein of West Concord scored his second feature win of the year. Wetzstein made a big move from the outside of row two to second in turns one and two and went to the point in turns three and four and never looked back as he raced off to the win. His son Ryan Wetzstein of West Concord worked his way up to second ahead of Cole Anderson of LeCenter.  Steve also had a heat win on the night giving him the sweep for the class. The other heat win went to Jason Cummins of New Richland.

Greg Pfeifer JR of Austin took advantage of some tough luck for Kadden Kath of Ellendale.  Kath had his car shut down on a restart while leading which gave the lead over to Pfeifer. Pfeifer took advantage and raced off to the win ahead of Christopher Deno of Kasson and Kobie Kath of Owatonna. Kobie and Kadden had the class heat wins for the night. For Pfeifer it was his second feature win of the year.

The track’s 66th anniversary season continues Friday Night with action in all six classes getting underway with the first green flag at 7:15 p.m.