Friendship Wagon Train works its way through the area 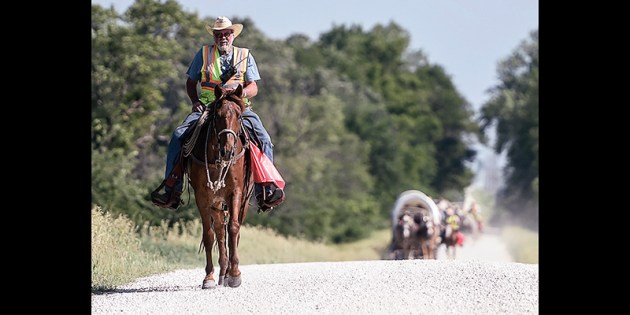 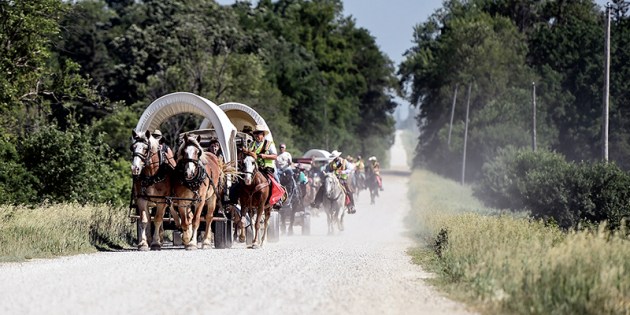 The Friendship Wagon Train makes its way toward Austin during its annual outing to raise money for Special Olympics Minnesota Monday. Eric Johnson/photodesk@austindailyherald.com 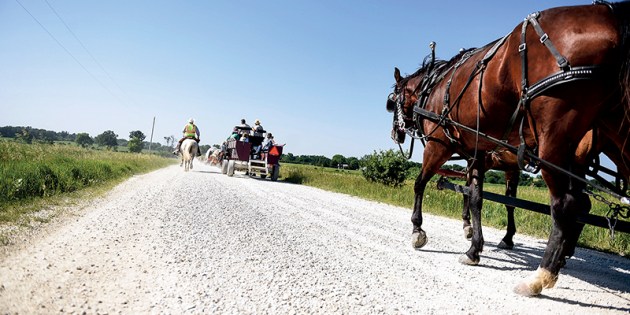 On a steamy Monday morning, the Friendship Wagon Train headed toward Austin where it would set up shop leading into a layover day Tuesday at the Mower County Fairgrounds. Eric Johnson/photodesk@austindailyherald.com 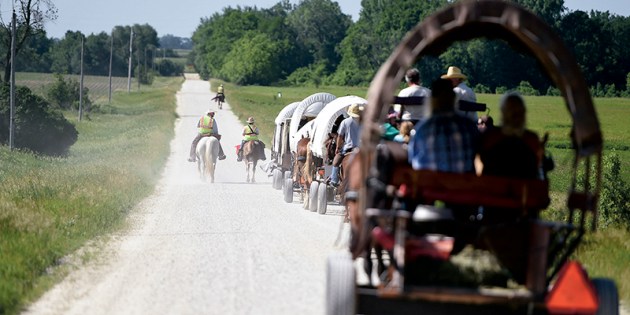 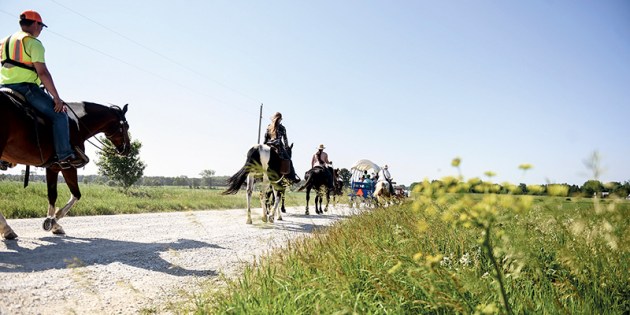 Slowly but surely, the 2022 Friendship Wagon Train made its way across Mower County Monday morning, as it rolled toward its yearly goal of raising money for those with developmental disabilities.

This is the 34th year of the train and it’s no stranger to Mower County having made several strips through the area over those 34 years. This year’s cause was the Minnesota Special Olympics and organizers were looking at a monetary goal of around $25,000 to $30,000, similar to money raised in the past.

“All money is raised for children and adults with developmental disabilities to make it able for them to do things like the rest of us,” said Monica Davis, who along with her husband and Wagon Master John Davis, helps organize the train.

To date, the train has raised over $500,000 for a variety of different groups over the years that help the developmentally disabled.

Money raised comes from a variety of different sources. Those taking part will work to raise money in their hometowns, but along the way organizations from the communities the wagon train rolls through will donate, individuals will donate and then there is the wagon train’s Camp Peddler wagon, which sells T-shirts and other merchandise.

Eleven wagons took part in Monday’s jaunt from Brownsdale to the Mower County Fairgrounds, though that number will often fluctuate depending on who can take part from day-to-day.

This year’s trip began on Saturday in Kasson and going at around 3 p.m. gradually made its way to stops in Dodge Center, Hayfield, Waltham and Brownsdale.

Wagon train participants will enjoy a layover day Tuesday at the Mower County Fairgrounds before heading out again Wednesday to Rose Creek, Adams, LeRoy and ultimately will end at the Mueller farm on Friday.

A ceremony on Saturday will present all of the donations raised during the week and the lead-up to the event to Special Olympics Minnesota.

While Monday was brutally hot, it didn’t stymie the mood of those taking part. Instead, the train was filled with waves and greetings as it passed through the area.

“It’s relaxing in many ways,” Davis said. “You get to spend time with your animals and do things with people you enjoy.”

Davis said that during the layover day Tuesday, people will be able to come out and talk with those taking part in the wagon train and experience a little bit of what the train does.

“We encourage people to come out and visit us and see what we’re all about,” Davis said.

Even though the train will be wrapping up at the end of this week, Davis said there is still time to give, either by stopping by the fairgrounds on Tuesday or by sending money directly to the train.