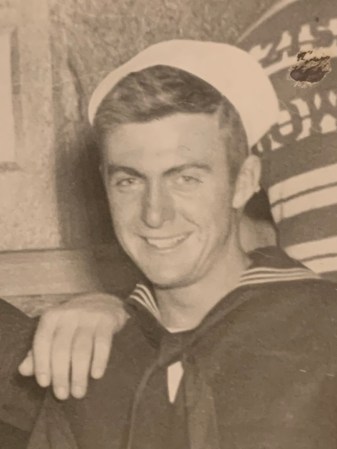 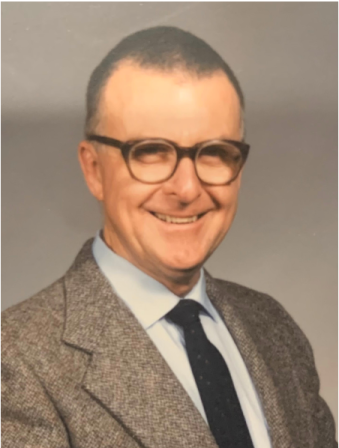 Ellsworth Maynar Christgau (Maynar) was born January 7, 1924 in Grand Meadow, MN to Edwin Gottlieb Christgau and Nellie Frances Hudson Christgau. Maynar was the youngest of three children. He was a graduate of Austin High School and attended Austin Jr. College. He started working for Hormel Foods before enlisting in the U.S. Coast Guard in 1942.

Maynar served during World War II and achieved the rank of Seaman 1st Class. He was active in the Battle of Okinawa and earned the Good Conduct Medal, American Campaign Medal, Asiatic Pacific Medal with 1 Bronze Star, and the WWII Victory Medal. Maynar was honorably discharged in March of 1946.

Upon his return to Austin, Maynar married his high school sweetheart, Esther Ann Boyd on April 14, 1946. Together, Maynar and Esther raised four sons and remained together for 39 years until Esther’s passing in 1985. They enjoyed road trips as a family and visited many National Parks. He was a member of the Guard Force at Hormel Foods and worked his way up to Head of Safety and Security for the plant. He retired in 1986. Maynar was a member of First Methodist Church in Austin.

After retirement Maynar traveled overseas to Asia to visit his son, Ronald, and family, and to partake in a “Tiger Cruise” aboard the U.S.S. Midway (CV-41). Maynar’s dry sense of humor was recalled by a crew member during this cruise: Mr. Christgau saw a Japanese P-3 (aircraft) in flight, after the plane had passed, he was heard saying, “They missed me again!”

Maynar volunteered with church activities and events and in 1993, Maynar wed Judy Seibert. Maynar and Judy made many road trips together over the years, visiting family and sights throughout the continental U.S. Together they moved to Arizona and resided there until 2015, when they moved back to Iowa.

Maynar was an avid hunter and took joy in fishing. He enjoyed the outdoors and appreciated nature. Many times, he would prefer to take his meals outside. He was entertained by “spaghetti- westerns” and John Wayne movies. He volunteered delivering Meals-On-Wheels. Maynar was sensible, practical, and frugal. He was a humble man who never sought fame nor accolades. He believed in God, in hard work, and never getting anything for free. If you asked his sons, they may tell you that Maynar was a strict father. He disciplined his children as though they were in the military. He taught them how to be men, and how to survive. If you asked his grandchildren, they would tell you that he was a wonderful grandfather who gave them his attention when they wanted it, who joked and teased with them and made each of them feel that they were the apple of his eye.

Maynar was loved by many and will be missed terribly. He passed away peacefully on June 12, 2022 at 98 years old. His cause of death: Life.

A grave-side service for family will be held at Oakwood Cemetery in Austin, MN.

Maynar asked that any tributes be placed with The Wounded Warrior Project or Samaritan’s Purse.