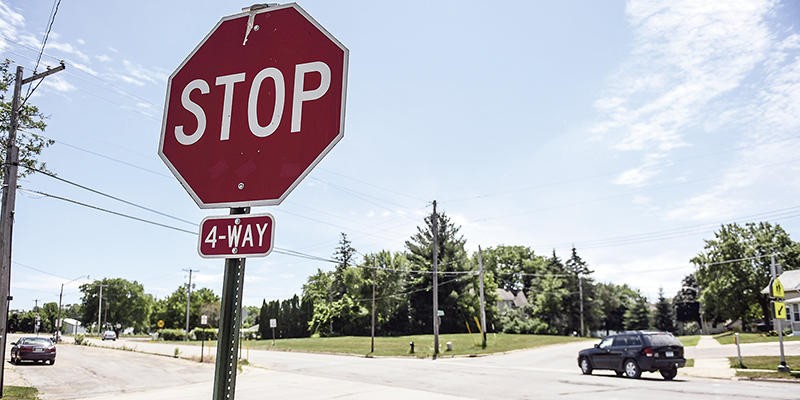 The City of Austin is currently taking steps to make the intersection of 10th Drive and Fifth Place SE safer, including adding stop signs with flash lights along the outside of the sign in order draw more attention from drivers. Eric Johnson/photodesk@austindailyherald.com

An interim fix for an intersection of concern in southeast Austin has been advanced to the next City Council meeting from Monday night’s work session.

The intersection in questions is 10th Drive and Fifth Place SE, which has been a four-way stop since 2019. However, concerns from citizens, which have included complaints of people not stopping at the intersection and impaired sight lines have prompted a closer look.

For several years, the intersection was a two-way stop east and west on Fifth Place SE, however, it was changed to a four-way stop in 2019 as part of the Oakland Place SE reconstruction detour and was ultimately left as such.

However, it has since come to light that many motorists are simply going through the intersection.

To further investigate this, the city put up cameras to monitor the intersection at two different times this year. The first was on May 11 and the second was on June 1. Throughout the 21 total hours of video recorded, several motorists were observed using rolling stops instead of actually stopping, while more than a few simply ignored the signs all together.

During clips shown to the council Monday night, many of those drivers went through the intersection at fairly high rates of speed going north-south on 10th Drive SE, barely slowing. In one instance an accident was nearly avoided at the last second.

However, another concern is sight lines. Specifically motorists on Fifth Place SE, because of the angle the roads come into 10th Drive SE, have to look around obstructions in their own vehicle to see if traffic is coming.

This was demonstrated by pictures Wenum displayed that were taken from inside a vehicle.

To compound this, parking on a service road running parallel to 10th Drive SE has also been demonstrated to obscure sight lines and signs have since been put up prohibiting parking along the road.

• Removing the stop signs on 10th Drive SE and turning into a two-way stop again;

• Installing new stop signs with flashing red lights to better get the attention of drivers; and

• Installing a roundabout to help better control traffic at the intersection.

Council members chose to advance the second option for resolution at an upcoming meeting at an estimated cost of $5,000. The lights are solar powered and can be maintained throughout the day and night.

It’s being considered an interim fix in lieu of the more permanent solution of the roundabout plan that is estimated to cost $500,000 and could potentially be part of the upcoming Dobbins Creek bridge project in 2024 if the new signs fail to show improvement.

“Maybe give it a year, put a camera back up and get some video and see if it’s working,” Wenum said, referring to the stop sign plan. 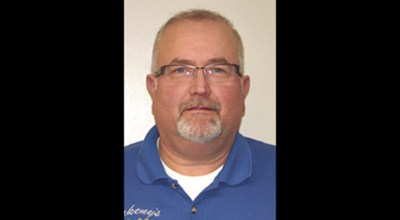