The No. 1 seeded Hayfield softball team staved off elimination for one game when it outlasted United South Central 3-2, but the Vikings saw their season end when they lost to No. 2 Faribault Bethlehem Academy 4-2 in the Section 1A West Tournament in Todd Park Thursday.

Hayfield (13-9 overall) wasn’t able to get to Tuesday’s Section 1A Tournament, but the  team showed a lot of growth this season.

“As young as we were, they met our expectations and then some,” Selk said. “They just played and played. Maybe they’re too young to realize they’re not supposed to beat this or that team, but what a great group of girls. This was the most fun I’ve ever had coaching.”

FBA seized the lead when Morgan Wilson lifted a three-run homer to right field to make it 3-2 in the fourth inning. After allowing two more runners to reach base, Anna Bamlet struck out the next three to avoid further damage.

Bamlet gave Hayfield 14 strong innings in the circle on the day as she struck out 22.

“Anna was our big senior leader,” said Hayfield co-head coach Travis Kaufman. “She literally took all of these girls under her wing this season. She was the team mother and leader and we’re going to miss her, but these girls learned so much under her that I’m very excited about what we have coming up.”

Hayfield finished with just four hits in the loss and the Vikings weren’t able to create any offensive threats in the final four frames.

Bamlet gave Hayfield a 1-0 lead in the bottom of the first when she drove in Josanne Tempel, who doubled to start the game. Hayfield pushed that lead to 2-0 when Kenna Selk beat out an infield single for an RBI in the third inning.

Tempel knocked in three big runs late in the game to keep the Vikings’ season alive in their win over United South Central to start the day.

Tempel gave the Vikings a walk-off win when she launched a two-out double to deep right field to score Betsy Gillette, who had singled and advanced to second on a sacrifice bunt by Melody Walker.

After stranding a runner on third in the bottom of the fourth inning, Hayfield found its urgency in the fifth when No. 8 hitter Walker produced a two-out single and Tempel connected on a two-run homer to center field to tie the game at 2-2. Tempel also made a catch in deep center field to end a USC threat in the sixth as the Rebels had a runner on second with two outs.

USC took a 1-0 lead in the fourth on a one-out RBI single by Hannah Meyer and the Rebels went up 2-0 when Mariah Anderson tripled to right to score a run with two outs in the fifth. 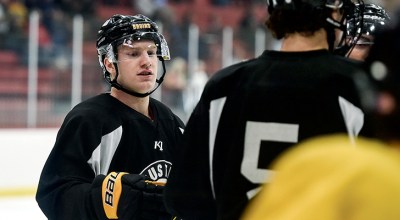 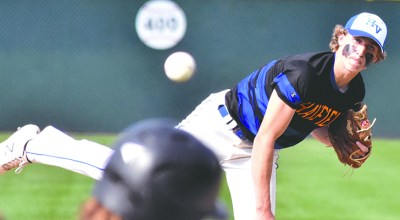