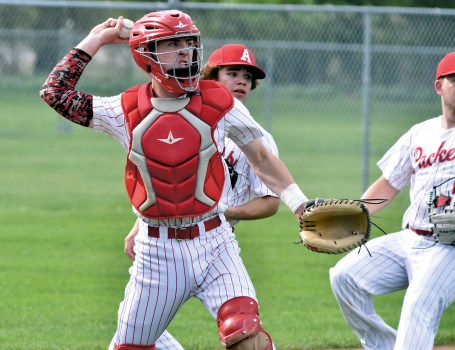 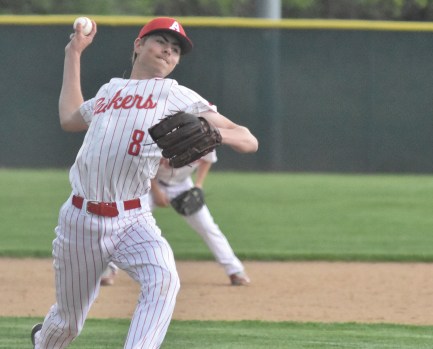 Peyton Ransom delivers from for the Packers against Albert Lea Thursday. Rocky Hulne/sports@austindailyherald.com 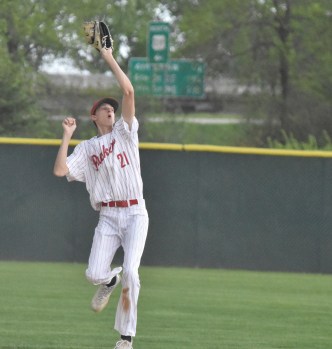 Austin’s Jared Lillemon reaches up to pull in a high chopper. Rocky Hulne/sports@austindailyherald.com 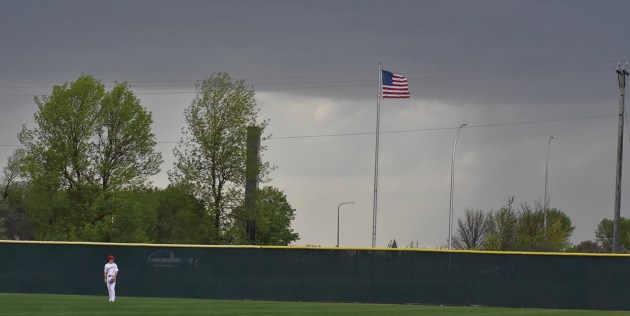 AL (6-8 overall) seized a 4-0 lead in the first inning when Carter Miller roped a two-out, two-RBI single to right field.

Austin was trailing 6-0 in the third inning when the game was put on hold for about an hour due to lightning and rain.