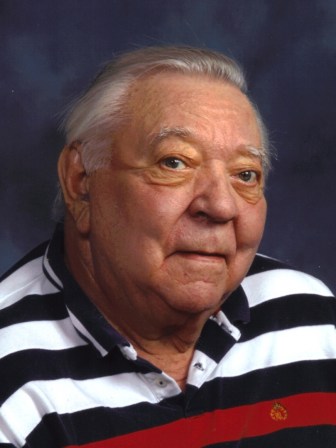 Duane was born in Owatonna, MN to Theodor and Bertha Napp. Duane’s father was killed in an automobile accident 5 days after he was born. At the farm home of his maternal grandfather, Peter Krey, he was baptized in front of his father’s casket. Duane and his mother lived with his grandparents until he was 3 ½ years old, after which they moved to Austin, Minnesota. His mother converted their home into 4 apartments, renting out 3 of them. In 1942, with the beginning of WWII his mother began working nights at The Hormel Company. Duane learned to be independent, and to cook and take care of himself. He attended Austin public schools and graduated in 1951. Duane graduated from Austin Junior College in 1953 and from the University of Minnesota in 1956, where he received a bachelor’s degree in Natural Science. When in college he worked for the Austin Engineering Department during the summers surveying for the city.

While in college, Duane dated Arlene Anhorn and they became married in June of 1956. Upon graduation, they both taught school in Minnesota and California. In 1959, their first child, Brian, was born and Arlene become a full-time homemaker. Duane then attended University of Michigan during which time Tracy was born. Duane received a MA degree in chemistry in 1961. Upon graduation, Duane taught at Slippery Rock State University, where he was a professor of chemistry for three years. He took a leave of absence to further his education and enrolled at the University of Minnesota where he obtained his Doctorate in Electroanalytical Chemistry in 1967. While at the University, Bradley and Timothy were born.

Upon completion of his PhD, Duane left the world of academia and began a long career at IBM Corporation in Endicott, NY. In 1983, he moved the family to Austin, TX before retiring from IBM in 1987. As a scientist at IBM he managed many critical projects to assure the introduction of new products. He generated numerous technical papers and patents and presented technical research at a variety of scientific conferences. He received numerous awards for his contributions. After retirement from IBM, he subsequently worked at Digital Equipment Corporation, and National Center for Manufacturing Sciences as well as engaged in professional consulting. At DEC, he provided leadership in the development of their first mainframe computer.

In 2019, he was acknowledged with the Austin High School Distinguished Alumni Award.

In his later years, Duane suffered from Inclusion Body Myositis but always remained involved with his family and was always optimistic. He passed away in Houston in 2022.

Duane is preceded in death by his beloved wife Arlene. He is survived by his son Brian (Sheilah) and grandson Evan, of Idaho, daughter Tracy Napp of MN, Brad, (Joanna) and grandsons Parker and Hayden of Austin TX, Tim (Patricia), grandson Ted and granddaughter Tori of Houston, TX. Duane was a devoted father to his four children and encouraged their education. He loved to travel throughout the US with his family. After his children left home, he and his wife Arlene did extensive travel throughout Europe. He will be severely missed by his family and everyone who knew him.

US opens second COVID boosters to 50 and up,…