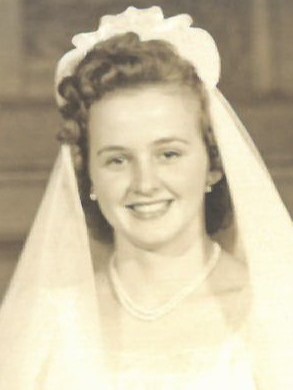 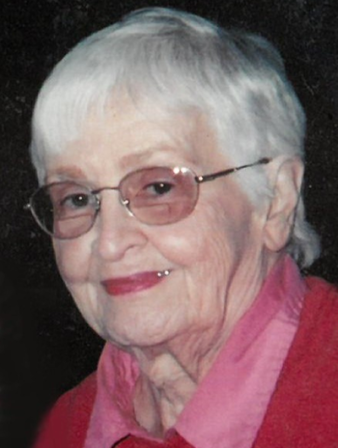 Marion Lorraine Falch, 90, longtime Austin, Minnesota resident passed away peacefully in her sleep on Tuesday morning, January 25, 2022. For the last 10 months, she was a resident at Field Crest Care Center in Hayfield.

Marion was born near Hayfield, the second daughter of five, to Fred and Bertha (Olson) Kruger on May 17, 1931. She attended rural grade school and graduated with 22 others from Hayfield High School in 1948. Marion met Stanley Falch of rural Oslo, Minnesota and they married June 19, 1948, at First Presbyterian Church in Hayfield. They moved to Austin in 1951 when Stan got a job at Hormel. Marion was a homemaker. They had two children Michael and Jeanne. After Stan’s retirement, they also lived in Lansing and Brownsdale for a time.

Marion enjoyed reading, bowling, camping trips with Stan and two young grandsons, playing cards, getting together with her sisters, and later going to casinos. She especially enjoyed all the many holiday and birthday dinners with her children and grandchildren over the years. After Stan’s retirement, they did some traveling including an anniversary trip to Alaska.

Marion is survived by her daughter, Jeanne (Richard) Felber of Red Wing; three grandsons, Rod Felber of Anoka, Phil Felber (Sara Plum) of Red Wing, Dan Felber (Alican Bolland) and great grandsons, Cameron and Jack all of Red Wing; one granddaughter, Teresa (Virgil) Stoskopf and great granddaughter, Ella all of Kasson; two sisters, Carol Emery of Northfield, MN and Lois Wendorf of La Crosse, WI; cousins, nieces, and nephews. She was preceded in death by her parents; husband of 67 years, Stanley in 2005; sisters, Phyllis Mohrbacher and Bernice Krupicka; and with great sadness son, Michael in January of 2020. May they all rest in peace.

A graveside service and burial for Marion and Michael will be held at 12:00 noon on Saturday, May 21, 2022, at Fairview Cemetery by Hayfield. In lieu of flowers, memorials are preferred to recipient of donor’s choice. Worlein Funeral Home of Austin is assisting the family with arrangements. Condolences may be expressed to the family online at www.worlein.com.