FAARM would take advantage of prime location in Mower 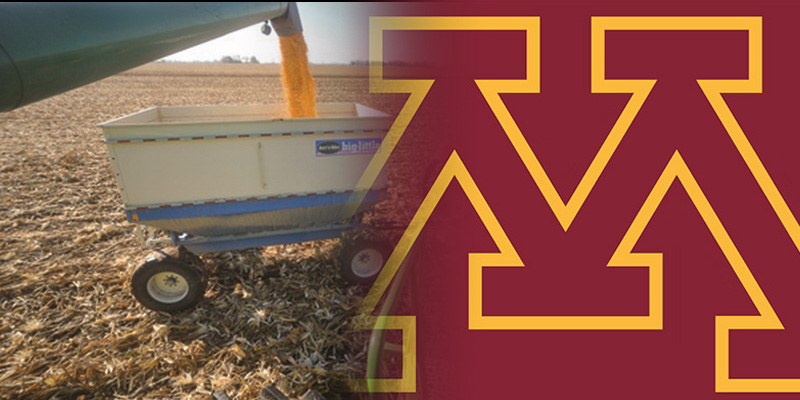 Mower County is representative of ag, not only in Minnesota, but the country and the nation.

That was one of the selling points for the University of Minnesota in wanting to place its proposed Future of Advanced Agriculture Research in Minnesota (FAARM) complex within the county.

The estimated $250 million proposed project by the University of Minnesota, in conjunction with state and local entities, will focus on a “one health” approach to agriculture, which seeks to study the intersection of both animal and human health.

“[Mower] is in a pretty unique spot if you go global,” said Brian Buhr, dean of the University of Minnesota’s College of Food, Agricultural and National Resource Sciences. “Minnesota is right on the 45th parallel, from Canada to Texas … stretch that band around the globe, 45-50% of the world’s agriculture is in that band. The band is highly representative of what we need to do to sustain global agricultural food security.”

The U of M released the initial stages of the plan last week in a press release and currently have asked for $60 million through state capital request for planning, land acquisition, predesign and design of the initial phase from the legislature.

However, the collaborative effort has already received an additional $60 million pledge from The Hormel Foundation.

“The Hormel Foundation is very excited to be partnering with the University of Minnesota to explore the feasibility of a new agriculture research and education center in Mower County,” said Jeffrey Ettinger, chair of The Hormel Foundation in a statement Monday. “This investment would potentially allow the University of Minnesota and Riverland Community College, Austin, Minnesota to integrate ag research and education in farm animals, crops, soils, bio-energy and human nutrition. Over the next several months, additional analysis will be completed to define project features, develop design plans and estimate construction costs to determine the feasibility of a new research and education center in the Austin area.”

There are no plans as of yet as to where in Mower County the facility will be located.

The initial idea of the facility came to the forefront about six years ago, when the U of M began thinking about what can be done to focus on agriculture innovation, something the school has been a part of for just under two centuries.

“We’re in a situation to be able to keep up changes in agriculture and being able to lead those we need to reinvest in some facilities,” Buhr said.

As the process moved along, the U of M began reaching out to entities such as Riverland Community College, who will play a major role in the upcoming process of developing FAARM.

That conversation grew to encompass what could be achieved at the complex in terms of education.

“We’ve had some great conversations,” Buhr said. “How do we educate from K-12, those coming in who are interested in agriculture or two-year associates degree or four-year bachelor degrees. How can we align these opportunities?”

It’s an all-encompassing trend toward agricultural health that will foster job development, increased training as well as nurture entrepreneurs.

Key to this will be drawing in those from outside agriculture, largely due to the increasingly changing nature of agriculture, especially as more and more technological advances are introduced to the field.

“It has to bring the community to what’s happening in modern systems,” Buhr said. “One of the things is, where is that next generation coming from? To just take that laddering up … the need for skilled talent in agriculture is just exploding.”

“Now it’s all automated,” Buhr added. “That means what’s going on behind the scenes needs somebody who needs to operate these systems.”

That education can cycle down as low as elementary and high school as the U of M and FAARM would connect through STEAM education, something the Austin Public Schools District has been fostering for a number of years now, especially at IJ Holton Intermediate School.

“We have to feed a population and improve soil and water quality,” Buhr said. “That takes STEAM into a place with real purpose. You get these really neat conversations.”

Conversations that will, in turn, be carried over into the private sector with organizations such as the Mower County Soil & Water Conservation District. Partnerships such as these will be at the heart of what FAARM is seeking to accomplish.

“That’s actually the lifeblood of the work we do,” Buhr said. “We’re always working with private partnerships as a public sector university. We have extensive partnerships already and that’s across the state.”

FAARM is still a ways out, with predications extending the project out to five or six years, while building the complex in phases.

Currently, the U of M is working on pre-design work as it waits to hear from the state as to whether it’s $60 million request will come through.

But the project has some strong aspects going it’s way, specifically Mower’s location, which puts it at the crossroads of collaborations the U of M has throughout the Interstate 35 and Interstate 90 coordinators, which includes the University of Wisconsin-Madison, Iowa State University and South Dakota State University.

“This provides a central spot, especially for integrated research enterprises that can be brought together,” Buhr said. “It’s a nice central location.”

It’s also worth noting that  the U of M already has a strong footprint in the Austin area through its work with The Hormel Institute.

But perhaps its biggest strength is the land itself and what it does represent in the agriculture community.

“This is one of the richest agricultural regions in the state,” Buhr said. “It’s just tremendously representative of the large amount of soils and conditions we have.”