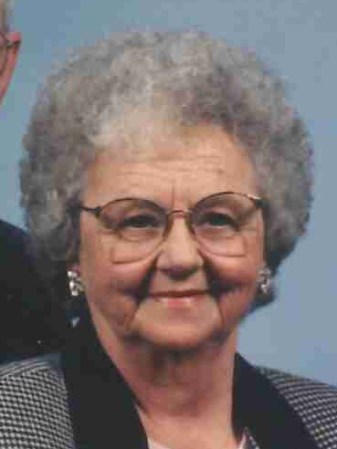 She was born in Caledonia, MN, September 14, 1928, to Teman and Pearl (Nelson) Johnson. She attended District 50 Country School in Houston County until their family home burned and they moved to Spring Grove, MN. Her father was later employed by Geo A Hormel Co, and they moved to Austin. She graduated from Austin High School in 1946. She was employed at Hardy Paint & Wallpaper as a bookkeeper until her marriage.

On June 12, 1948, she was united in marriage to Francis J. Rockers at Queen of Angels Catholic Church in Austin, MN. They were the loving parents of 7 children.

Reading was a lifelong passion of hers. She enjoyed making quilts and playing word games on the computer. She felt that this quote from Grandma Moses summed up her life “I look back on my life like a good day’s work. It was done, and I feel satisfied with it. I was happy and contented.”

A Funeral Mass will be celebrated 10 am on Monday, February 21, 2022 at Queen of Angels Catholic Church. There will be visitation from 3-5 pm on Sunday, February 20, 2022 at Mayer Funeral Home and also one hour before the mass at the church on Monday. Interment will be in Calvary Cemetery.