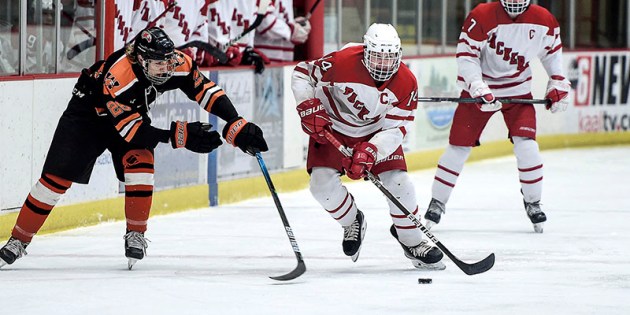 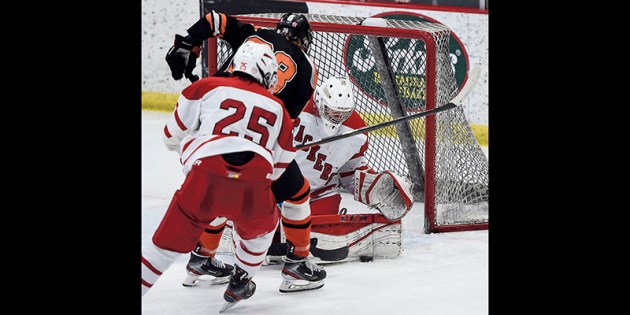 Austin goalie Ethan Knox makes a save during the second period Thursday night against Winona at Riverside Arena. Eric Johnson/photodesk@austindailyherald.com 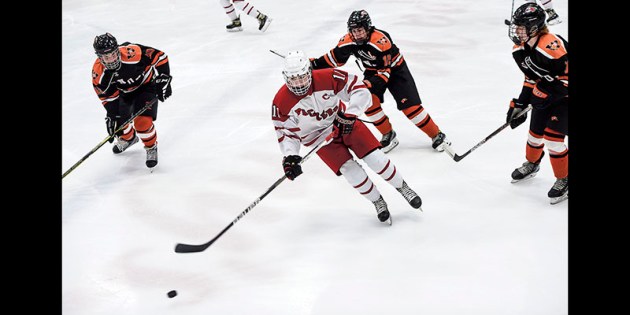 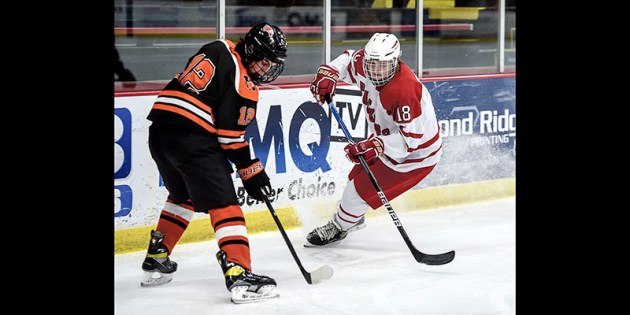 The Austin boys hockey team put up a strong front early on, but it ran out of steam as it lost to Winona 7-0 in Riverside Arena Thursday night.

The Packers were able to rattle off a few good shots during a first period power play, but Winona goalie Justin Brickner was able to make some big saves at the net. Winona outshot Austin 10-7 in the first and it took a 1-0 lead when Max Dalanberg scored five minutes into the game.

The Winhawks (3-7 overall) put up two goals in the second period to go up 3-0 and added four more scores in the third.

“Most of it starts in practice. If we don’t have a good practice, it does not go well for us on game nights,” Austin head coach Troy Schaefer said. “We’re young and we need to gain experience. That’s what we’re doing.”

Austin (0-8 overall) nearly got on the board early in the third period when freshman Grady Carney broke free, but was denied on the run-out.

Ethan Knox had 31 saves in net for the Packers.

“For the most part, Ethan’s been phenomenal. He probably sees pucks in his sleep. He’s definitely helping out and we’ve got to do a little bit more to help him out,” Schaefer said. “We’ve got to work hard. I kind of felt like we got outworked tonight and we can’t have that.”