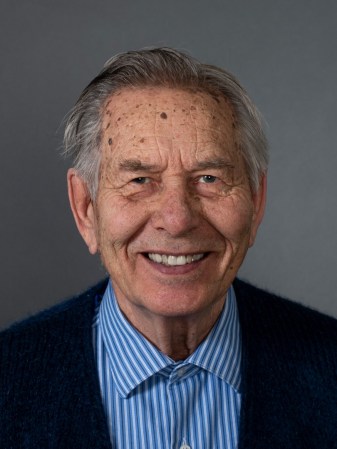 Roger H. Nelson, age 88, died on Wednesday January 12, 2022 at his home in Litchfield, MN.  A memorial service will be held at 11:00 AM on Saturday, January 22, 2022 at Zion Lutheran Church in Litchfield, MN.  Visitation will be one hour prior to the service at the church.  Interment will be in Woodlawn Cemetery in St. Peter at a later date.  The service will be livestreamed at johnsonhagglund.com

Roger Howard Nelson, the son of Helmer and Ronelia (Easton) Nelson was born on November 6, 1933 in Rose Creek, MN.  He was baptized and confirmed in the Lutheran church.  He graduated from Rose Creek High School in 1951 and from St. Olaf College in 1955 with a BA in Education.   Following college, Roger taught in Okabena, MN for 2 years.  He then served two years in the Army and was stationed in Germany during that time.  He was united in marriage to Barbara Schmidt on August 22, 1959 in Minneapolis, MN.  Following their marriage, he began teaching in St. Peter, Minnesota where he taught for 33 years.  He was the assistant wrestling coach for many years and also coached track and football.  Their 4 children were all born in St. Peter.   While in St. Peter, he was an active member of Trinity Lutheran Church. Summers were spent working in home construction, and traveling and camping with the family.  Roger and Barb  also enjoyed singing together in church and community choirs throughout their years in St. Peter.

After early retirement, Roger spent time volunteering in the St. Peter community delivering Meals on Wheels and being active in Kiwanis.  He was also very instrumental in building homes for Habitat for Humanity. He was named Outstanding Senior Citizen in Nicollet County in 2006 for his volunteer work. He and Barb also took this time to travel in both the US and Europe.

Roger and Barb moved to Litchfield, MN in October 2013 to be closer to their daughters and their families.  They were members of Zion Lutheran Church in Litchfield.  He enjoyed attending school, church, and community functions and spending time with family.

He was preceded in death by his parents Helmer and Ronelia; a son Eric in 1986; and brothers and sisters-in-law Merle (MaryAnn) Nelson, Dale (Elaine) Nelson and Arden Nelson.