Sticking to it: Austin’s Winkels has progressed over the years 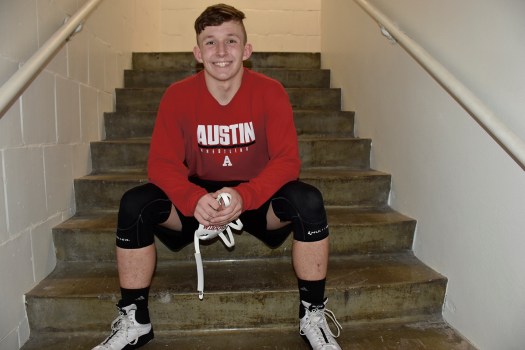 Austin’s Brenan Winkels had made a big climb in the wrestling world over the past few years. Rocky Hulne/sports@austindailyherald.com 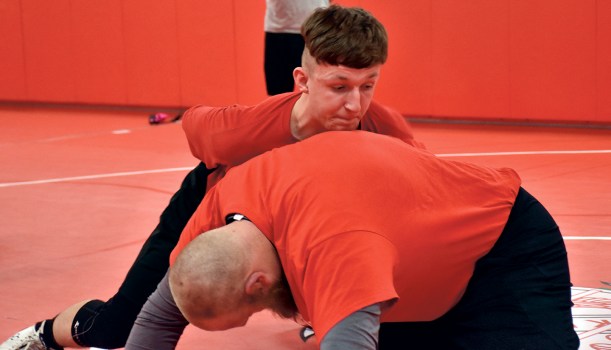 After years of hard work, Winkels has emerged as the leader of the Packer wrestling team and he’s looking to make his final season his best one. Winkels, who is off to a 3-2 record, wrestles at 182-pounds and has made huge strides since starting to wrestle as an eighth grader.

“I never took wrestling seriously until probably 10th grade. My overall losses outweigh the wins by a long shot, but the success that I’ve found really made me feel good,” Winkels said. “Every time I won, I felt this adrenaline rush and I kind of felt like a junkie for it. It made me feel better about myself and it just made me look better.”

Winkels has been a three-year captain for the Packers and he’s now taken on the role as one of the team’s top leaders in the wrestling room. He’s learned to convince himself that he is capable of competing with wrestlers who have been on the mats since they were youths and he’s also learned to keep pushing when his body wants to quit.

“My dad is a big inspiration to me, especially when I get mad,” Winkels said. “Whenever I get tired in practice I think that this is my senior season and it’s my last time that I get to deal with this toughness. I just don’t want to get in the midseason blues, where you are tired.”

Austin head coach Jacob Nelson sees Winkels as an up-and-coming wrestler who could make some noise this winter. He also sees him as a strong leader that is always available when the team needs him.

“He’s one of the loudest ones on the sideline, cheering on his teammates,” Nelson said. “It doesn’t matter if it’s middle school, JV or varsity. He’s also always helping out at the youth camps. I can’t say enough about him.”

Winkels has also wrestled at 195 and Nelson said that Winkels would move up to heavyweight if the rules allowed it. No matter where Nelson puts Winkels in the lineup, he knows that he is going to get a solid effort.

“He’s just a really good athlete. The way that he progressed isn’t like a normal athlete,” Nelson said. “He caught on really quick and he’s been willing to work in the offseason. He’s put his time in and it’s starting to pay off this year.”

Winkels has also been active in track and field and soccer for the Packers and both of those sports have helped him in wrestling. He has enjoyed his increased win total over the past couple of years, but Winkels also has gained a lot of confidence that he will carry with him in his life.

The Packers will host a wrestling triangular at 5:30 p.m. Thursday.