Roger Boughton: One woman’s journey as a refugee from Bosnia ending up in Austin 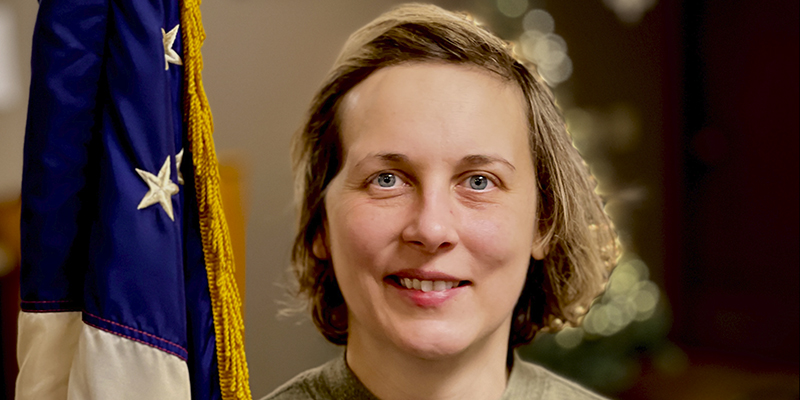 Unsung heroes are those who make a real difference in the shadows of the community. They are those special heroes who make the non-profits hum, the charities flourish and the small businesses prosper.

They are also those who come from abroad with only a suitcase to their name and settle in and raise a family and become contributing citizens of the United States.  You never read about them in the local newspaper or see them on television but you benefit from their dedication to their family and their ability to make their contribution to the community and their neighbors’ lives a little better.

They are known as immigrants or refugees. They might  live across the street or just down the road as they blend in  and contribute to the community of Austin.

Today I share with you the story of a hero who comes from Sarajevo, the capital of Bosnia. Her journey began in 1992, when she was just 6-years-old.  Her name is Maja Blazevic.

She came from a typical middle-class family. Her father was a welder and they lived a comfortable life in Bosnia. However, it was the beginning of an international armed conflict that brought her and her family to the United States.  The Yugoslav army absorbed roughly two-thirds of Bosnian territory under Serb control.  This was a war of ethnic cleansing.

Fortunately, the North Atlantic Treaty Organization (NATO) stepped in and brought the fighting to a halt. Peace negotiations were held in Dayton, Ohio and were finalized on Nov. 21,1995. With a conflict ending, Maja and her family were forced to flee or were expelled by Bosnian Croat forces. The family immigrated to Germany to  begin a new life with nothing other than their own suitcases. Fortunately, after a short time in Germany, the United Nations sent them to New York City where they entered under the welcoming arms of the Statue of Liberty.

Their time in New York City was short as it was a sorting out experience where vaccinations were provided and families assigned to communities across the United States where they would begin anew.  This time in Lansing, Michigan was to be their new home.

Michigan turned out to not be a good fit for the family. After a very short time, less than a year, the father contacted an old friend who welcomed them to Austin, Minnesota.

Her father had  a job waiting for him upon arrival at the Hormel Foods Company.  It was a good fit and the family settled into a life that brought them stability, safety,  peace and finding a home after so much upheaval in their lives.

By this time Maja was in sixth grade and struggled with the new language and being different from others.

Following high school she married and had a daughter and settled into raising a family. While outside on a warm sunny day, watching chickens hatch after work with her husband, her step-son accidentally shot her in the back of the head with a 22-millimeter short rifle.

She survived but was partially paralyzed and unable to walk.  Mayo Clinic said she would never walk again, but due to determination and a strong constitution she decided that yes, she would walk again and began a vigorous exercise routine.

Now in her late 30s she spends her free time at the Austin YMCA each morning  swimming laps. Yes, she walks again and proves once again that even if you are uprooted from your home, move to another country with nothing more than what you have on your back that you can make a life that is rewarding, meaningful and that you truly are a hero to those who are wondering, “can I make it?” Maja Iverson is my hero! She made it!