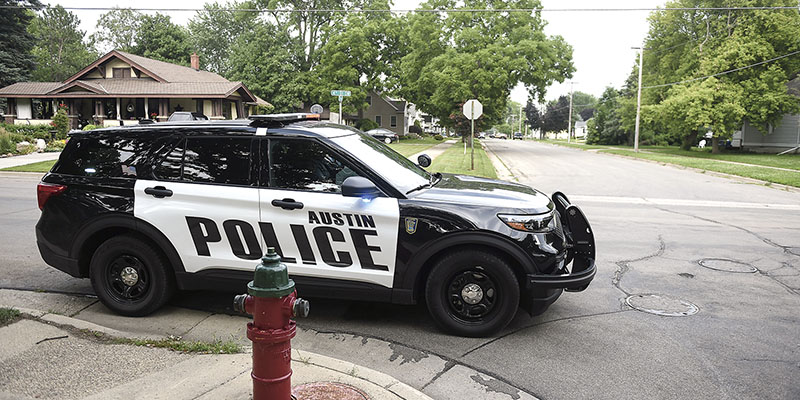 Police departments across the State of Minnesota are struggling to hire new officers. The Austin Police Department is no different.

For two openings on the APD, the department received just one application. It’s not a problem that is unique to Austin, so it was optimistic to hear the ideas coming out of Monday night’s City Council work session, that would help alleviate this problem.

There is no single reason why departments are struggling with staffing shortages.

Nationwide, many have linked the events surrounding the George Floyd shooting in Minneapolis, as well as other high profile shootings involving police as having a detrimental effect on public trust in law enforcement.

In other instances, the ongoing COVID-19 pandemic is taking its toll as well as fewer students going into college law enforcement programs.

APD has enjoyed a close and good relationship with the public it serves, and yet APD is not getting applicants possibly because of one or all of those reasons mentioned above, despite the department’s clsoe relationship with the city it serves. However, the department and the city are taking active steps to turn that around, including dropping response times of its officers. In other words, the time it takes for an officer to reach Austin if living outside of the city.

The council on Monday night seemed receptive to this idea, a move that was supported by Police Chief David McKichan. We strongly hope that this requirement is dropped in the end.

Currently, the Austin Police Department requires its officers to live within that 30-minute threshold.

While the past reasoning is understandable — that officers should be seen as a part of the community they live — it also automatically cuts a large part of the population off from applying.

Human Resources Director Trish Weichmann told the board that one applicant withdrew his application because he knew he fell outside that 30 minute response time.

As McKichan told the board, this limit rules out large population centers like Rochester, as officers may wish to continue living in their own communities or nearby communities either because they prefer where they live, family obligations or simply because moving is expensive.

Right now, APD needs applicants and they need to hire. It’s understandable that a department and city would like its officers living closer to home, but a police department also needs to be fully staffed to properly serve its community.

Other incentives like reimbursing tuition costs or reimbursing moving costs based on certain prerequisites our options to draw more applicants to Austin in the future, but for the time being doing away with this requirement will broaden Austin’s opportunities and would be a major step toward bringing more applications Austin’s way.

We urge the council to continue being receptive to this idea and doing away with the 30-minute requirement in the future. Taking steps now will reduce the height of the hill later.