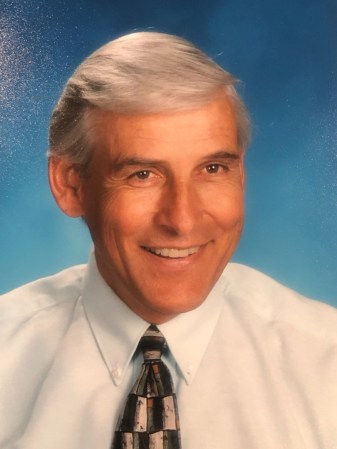 After many close calls over the years, Leon lost his final health battle on November 27. His wife and sons were with him during his final days as he peacefully passed in his sleep.

Leon was born in Brownsdale, MN, on January 27, 1940. His family moved to nearby Austin, the home of “Spam,” where he attended high school. Leon enjoyed growing up in Minnesota. After high school and junior college, he attended Iowa State University where he earned Bachelor and Masters degrees. Leon grew up playing baseball and pitched for the Cyclones baseball team. Although he would never brag about them, Leon pitched a couple of no-hitters during his baseball career and he decided against a small offer to play pro baseball.

He was turned down by the draft, due to a pre-existing heart condition, so he decided to join the Peace Corps. While in training at St. Louis University, he met his future wife Barbara who was also in training there. Leon went to Costa Rica; she went to Honduras, but they stayed in touch.

Leon came to California to see her after he finished his Peace Corps duties in Costa Rica and they married in 1967. Leon was hired by the Menlo Park School District as a teacher and spent 31 years at Hillview and Encinal Schools. When asked his occupation Leon always said teacher, but he actually worked as a counselor, vice principal and principal. He made it a point to know the names of every student in his school.

Leon also found time to coach his sons’ baseball, basketball and soccer youth teams in Aptos with success. He was well known throughout the community for his love of sports and as a volunteer coach. Following his retirement, Leon enjoyed working at Seascape Golf Course and playing golf with his friends.

After many years in Aptos, Leon and Barbara moved to Southern California to spend more time with their children and grandchildren. He enjoyed going to their school and sporting events.

Leon is survived by his wife of 53 years, Barbara, sons Doug and Dennis, their wives Deb and Patty, four grandchildren, Julia, Nathan, Matthew and Vanessa, as well as his sisters Norena Guerard, Catherine Moes, brother Bob Johnson, and numerous nieces and nephews.