In Your Community: Hormel donates gifts to Gerard 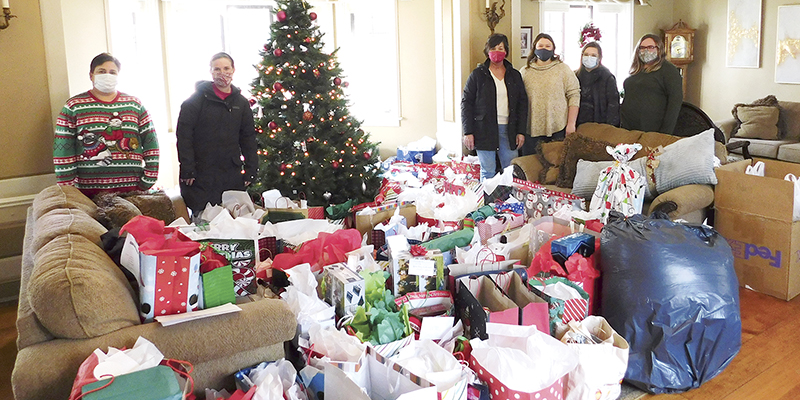 Nexus-Gerard Family Healing’s Executive Director Karen Wolf and Hormel Foods corporate office employees are pictured with the hundreds of gifts they delivered for the youth of Nexus-Gerard. Photo provided

Hormel Foods team members made the holidays a whole lot brighter for the 80-plus youth who are receiving treatment at Nexus-Gerard Family Healing.

The company “adopted” the Nexus-Gerard youths’ holiday gift wish lists and went above and beyond to make each list a reality. The youth could not believe their eyes when they saw carload after carload, filled with gifts, being delivered by the Hormel employees.

Many of the youth have never had a holiday season like this before.

“I cannot believe complete strangers would care enough to get me these gifts,” a Gerard youth said. “No one has ever gotten me such nice things. I am just so grateful.”

“The generosity and support from Hormel Foods, its team members, and their families is overwhelming and heartwarming,” said Karen Wolf, executive director of Nexus-Gerard. “For them to care about our kids and be so dedicated to making sure our youth have a happy holiday means the world to us.”