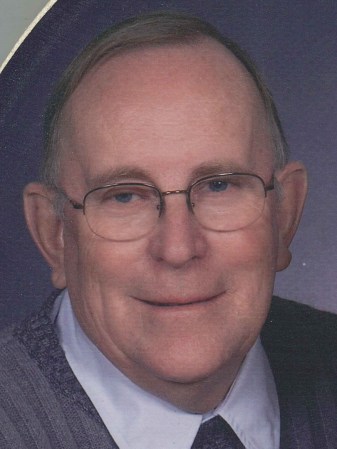 Roger Elmer Laue, 82, of Austin, Minnesota passed away peacefully at the Good Samaritan Center on October 30, 2021.

Roger was born to Elmer and Laura (nee Reiman) Laue on February 10, 1939 in Fairmont, MN. Roger was baptized into the Christian Faith on March 5,1939 and confirmed at Our Savior Lutheran Church on May 25, 1952 in Ceylon, MN. Roger was raised on the family farm in rural Dunnell, MN. He graduated from Ceylon High School in 1957 and worked as a mechanic at the local Co-op and as a hired hand helping on his cousin’s farm.

On August 6, 1960 Roger was united in holy marriage to Roseann Marie Adams. Roger was the father of four children – Timothy, Lisa, David, and Bruce. In 1970 the family moved to Austin. Roger worked at the Cretex factory but quit after contracting lead poisoning and a staph infection requiring hospitalization. He then began work at the Austin Public School District as a custodian. Roger eventually became a licensed Chief Boiler Operator. He retired from the Austin Area Vocational Technical Institute in 2002. Roger was a faithful member of Holy Cross Lutheran Church and often served as an usher.

In 1982 Roger was injured in a severe motorcycle accident and spent over a year recovering. In 1998 Roger underwent heart surgery in Rochester and received a mechanical heart valve and a repair for an aortic aneurysm. In 2009 Roger suffered a severe hemorrhagic stroke which left him paralyzed on his right side. In 2015 Roger entered the Good Samaritan Nursing Home in Austin where he was a beloved resident until his death.

Roger enjoyed fishing and spending time with his children and their families. He traveled quite a bit and enjoyed many motorcycle trips over the years. And he enjoyed taking care of his lawn and house and helping a friend with carpentry work when needed. After retirement he took a farm mechanic class at the AVTI where he worked to fix an oil leak in an old John Deere tractor he inherited from his father.

Funeral services will be held at 11:00 am on Thursday, November 4, 2021 at Holy Cross Lutheran Church with The Reverend David E. Laue officiating. Visitation will be held at the church on Thursday morning from 10:00 to 11:00 am. Interment will be in Oakwood Cemetery. In lieu of flowers, memorials are preferred to donor’s choice. Clasen-Jordan Mortuary is in charge of arrangements.