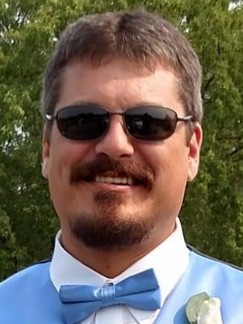 Robert “Bob” Grzechowiak, 48, of Austin, passed away peacefully on Thursday, November 25, 2021, at his brother’s home in Austin with his father and brother at his side.

Robert Alan Grzechowiak was born July 12, 1973, in Selma, Alabama, to Edward and Anna (Schild) Grzechowiak. Bob attended Austin High School. In 1992 Bob moved to a suburb of Buffalo, NY with his father and brother. He worked as a driver/ delivery man for a major furniture store in Western New York from 1993 till it went out of business in 2006. He started working for Sonwil Distribution in Buffalo, NY, in 2006 as a fork lift operator. He was promoted to 2nd shift Supervisor for Sonwil Distribution in 2010. He became 1st shift Supervisor in 2017. Bob really enjoyed his job and took great pride in it. Bob was a member of the NRA, and a pool league in Western New York for over 10 years. He enjoyed the outdoors, camping, bonfires, fishing, boating, coin collecting, keeping his yard well manicured and enjoying a beer every now and then.

Bob is survived by his father Edward Sr of Austin; brother, Edward (Heather) of Austin; 3 nephews, Steven, Gavin, and Hunter; he also has a number of uncle and aunts, and cousins in the Chatfield area. He is preceded in death by his mother, Anna and step dad, Charlie Pickard.

Service for Bob will be 11:30 a.m. Friday, December 10, 2021, at Riley Funeral Home in Chatfield, with visitation starting at 10 a.m.. Burial will be in Chatfield Cemetery, following the service.

Online condolences are welcome at rileyfuneralhomes.com