Our Opinion: How to coach the game 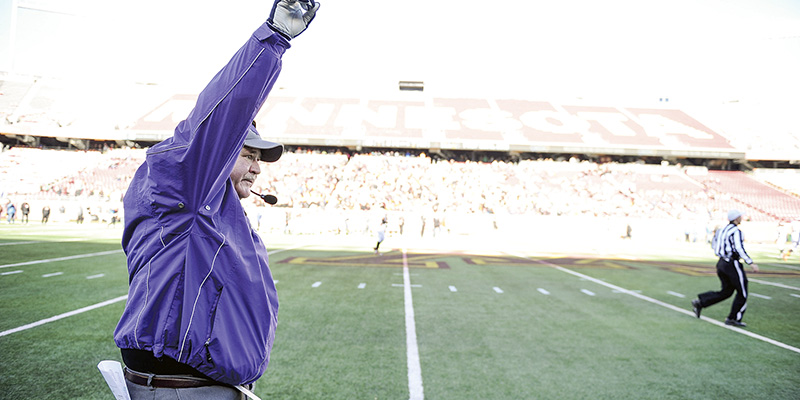 A good indicator of a sports program’s longevity and success is  a head coach who has been at the head of said program long term.

That is certainly true of Grand Meadow head football coach Gary Sloan, who after 29 years at the head of one of the state’s premiere nine-man programs is retiring from coaching.

Sloan’s final game was in a Section 1 Nine Man semifinal loss to LeRoy-Ostrander Friday night. While a person always strives to go out on a win, the loss to a worthy Cardinals football team does absolutely nothing to tarnish a football coaching career that saw him lead four teams to state titles in 2013, 2014, 2015 and 2016. In total, Sloan has guided the Superlarks to nine state tournament appearances in the nearly three complete decades as head coach.

But Sloan’s success is more than notches in the win column or titles. Sloan was a model for character and how a team has more than a responsibility to play a game on Friday nights.

Sloan, through his words and actions, preached respect — respect for yourself and the other team.

There’s no question that Sloan was a competitor, but throughout the competition he was congenial and respectful, something that was reflected in his players.

Sloan understood that to develop the team was to develop the young man, and he did it by putting the control of their actions in their own hands. Players could often be seen picking kids up from opposing teams and clapping them on their backs.

Grand Meadow will have a new head coach next year, something that inevitably happens to every team, but Sloan’s influence will carry on.

Perhaps the simplest way to sum up Gary Sloan was to quote him at the end of Friday’s game. It was a tough loss to a very good team, but as that final whistle blew his first words weren’t of sorrow or lament, but of encouraging pride.

“Head’s up,” he said to his team as they went out to shake hands.

Sloan is an enduring example of how to coach the game. An example that should be followed.

Be sure to check out the Austin Daily Herald’s Saturday edition for a feature on his storied career.

Letter to the Editor: Thanking a kind soul

Letter to the Editor: Get involved in the process and attend caucuses

Tim Penny: Building a foundation for the future