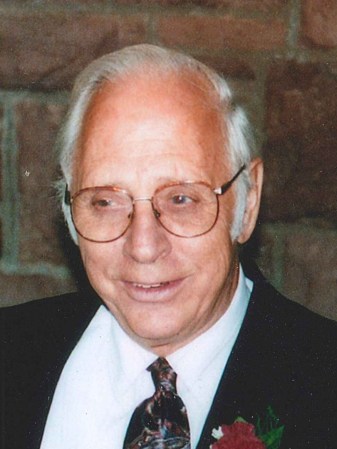 Obert was born July 2, 1922 in Eau Claire, Wisconsin and raised in Mason City, Iowa by parents George and Sarah Ann Whiteis. After graduating from Mason City High School, he enlisted in the U.S. Army, and served under General Patton during World War II in Africa, Sicily, Italy, and France.

Obert married Ellen Kokenougles on September 8, 1946 in Austin. He worked on the railroad for four years and then moved to Austin to work at Hormel until his retirement.

He was preceded in death by his parents; wife, Ellen in 2011; and two sons, Paul and George.

A private service will be held at Clasen-Jordan Mortuary with the Reverend Marcia Pederson officiating. Interment will be at Oakwood Cemetery with Austin Post #91 American Legion and Olaf B. Damm Post #1216 VFW in charge of military rites.

Thank you to Dena, the staff at Ecumen Hospice, and the St. Mark’s Nursing Home staff for their compassion and care of Obert.