Minn. to require some industries to monitor for ‘forever chemicals’ 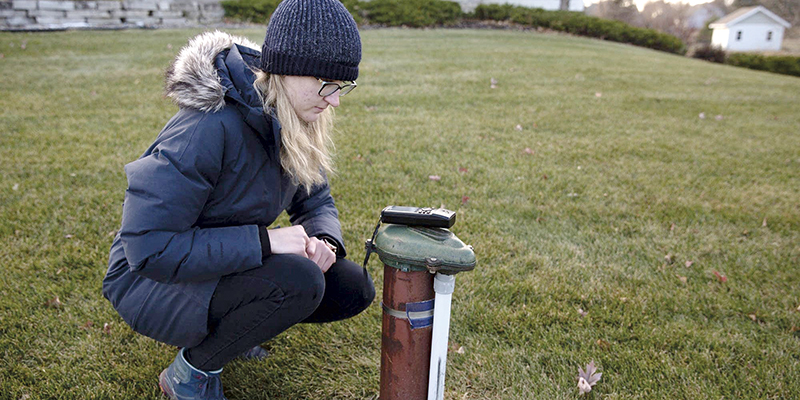 Minnesota plans to require hundreds of industrial facilities and other sites to test for PFAS, the troublesome human-made substances sometimes known as “forever chemicals.”

State environmental regulators released the draft plan on Tuesday, calling it a critical step in better understanding how the chemicals are getting into the environment, and potentially reducing their levels.

“Unfortunately, PFAS is not just a concern in surface water and fish,” said Katrina Kessler, Minnesota Pollution Control Agency commissioner. “We know that PFAS can move readily from air sources to land to groundwater, surface water to biota and to humans.”

The draft plan targets state-permitted industrial facilities that likely use or discharge PFAS, or have in the past. Those include chrome platers and auto shredders — industries with a history of PFAS emissions — as well as landfills, airports and wastewater treatment plants.

State regulators say the data will help them identify areas of concern and could lead to facilities being required to reduce or eliminate their PFAS emission levels.

“We’re hoping that if we can reduce the sources upstream, we can prevent the need for really costly interventions at the end of [the] pipe, which is something that we’d like to avoid if we can,” said Sophie Greene, MPCA’s PFAS coordinator.

Per- and polyfluoroalkyl substances, or PFAS, are a large class of human-made chemicals that are extremely durable and don’t break down in the environment.

They are found in a wide range of industries and consumer products, including nonstick cookware, stain-repellent clothing, furniture, carpet and firefighting foam.

Prolonged exposure, such as through drinking water, has been linked to health impacts such as low birth weight, kidney and thyroid disease and some cancers.

Since PFAS produced by 3M were first discovered in the groundwater of the east Twin Cities metro in the early 2000s, much of the focus has been on their presence in the drinking water supplies.

State regulators said there are multiple ways the chemicals can get into the environment, including through wastewater or stormwater and air emissions.

When released from an industrial smokestack, the chemicals can remain in the air for an extended period of time, said Greene.

“They can move long distances in the atmosphere and then they can also come back down to the Earth’s surface through rain or dust, settling back to the surface and causing widespread contamination,” she said.

The plan focuses on facilities that historically have used or released PFAS. Auto shredders are a target because the upholstery inside of vehicles often have stain-resistant coatings containing PFAS that are released during the shredding process and get into stormwater, Greene said.

Many airports historically have used firefighting foams that contain concentrated levels of PFAS during training or fighting actual oil or gasoline fires. Those chemicals can contaminate the soil or groundwater, said Greene.

The facilities would be asked to collect samples and submit them to a lab to be analyzed for 20-30 different PFAS. Such monitoring can be expensive — as much as $500 per sample — and the cost will be paid by the industry or facility.

Kessler said other states such as Michigan have been successful in reducing sources of PFAS upstream from wastewater treatment plants without resorting to enforcement.

“If necessary, we will take action to require people to reduce [PFAS] sources,” she said. “I think we’re trying to work in partnership initially with our regulated parties to investigate [and] characterize the levels and then, if necessary, minimize levels so that we don’t have to take regulatory action.”

The MPCA will accept public comments on the draft plan until Dec. 20. The agency expects to release the final plan sometime this winter. It would take effect in 2022.