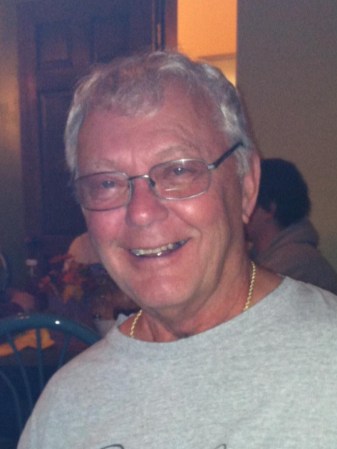 Marly Homer was born on October 14, 1941 in Austin, Minnesota to Leslie and Mabel (Schmidt) Flanders and attended Austin Public Schools. On February 8, 1964 he married Cheryl Olsen at the Hayward Lutheran Church in Hayward, Minnesota. He was a member of Grace Lutheran Church.

Marly was like the energizer bunny, always working two or three jobs at a time. He worked at Weyerhaeuser Company until 1967, and then started at the Hormel Foods Company, working there from 1967-1979. In 1979, he chased his dream and bought North Main Liquor, changing the name to Marly’s North Main Liquor. Here is where many friends were made with customers and employees. Many nights were spent in the backroom having a board meeting and discussing the day’s events. Nothing was ever really solved, but many issues were started for sure. He owned and operated the liquor store until 1992, when the opportunity came for him to convert the building into an office space, and he jumped on it and in turn became a landlord. He then went on to pursue another bucket list job and became a car salesman with Usems Chevrolet in Austin. He again made many new friends and sold cars to many old friends; he was always the honest guy who wanted to do what was best for the customer. While working for Usems, he also had his morning newspaper delivery job and drove school bus. Even during these years working a lot, he also played a lot, enjoying his cars, motorcycles, and the many years of boating in Lake City. He was always the life of the party.

He sold cars until March of 1996 when he suffered a major stoke that forced him to retire. The stroke took much of his mobility, but even worse his speech; for a guy who spent his entire life talking, this was very difficult for him, but he would still sing a song and let you have it with a few cuss words.

After the stroke, his life slowed down, but he still kept busy, helping with the daycare kids. He was a great rocker and feeder, and many kids slept in his arms, including his grandkids. He also enjoyed watching and going to NASCAR races and ice fishing with his sons and their friends. He was just as much part of the group as all of them. Sundays were definitely for Vikings Football and racing.

When the grandkids started getting old enough, you would see him at all the hockey games, dance competitions, plays and musicals and everything else and he would not miss much if he did not have to. And if that was not enough, he also enjoyed cruising around and looking at whatever he could see. Staying in one place was not in his lifestyle. His smile and witty attitude will be missed by all.

He was preceded in death by his parents, four sisters, Madlyn, Corrine, Isabelle and Geraldine, two brothers, Clayton and Elders/Slim and in-laws, Ray and Charlotte Olsen.