An Austin man, accused of several counts of criminal sexual conduct, avoided prison time Thursday after being sentenced to a lengthy stand of probation. 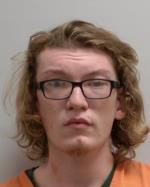 This comes after Cook changed his plea for a second time to guilty. Cook initially pleaded guilty in April, only to change it to not guilty two months later.

A violation will result in 90 months in prison at the correctional facility in St. Cloud.

According to court documents, Austin police learned that Cook was having a sexual relationship with a 15-year-old female. The female admitted that the two had known each other for about two months and that Cook was aware of her age.

She also disclosed that she had been intoxicated at a party and had sexual intercourse with Cook, stating that she was “black-out drunk” at the party and only knew of the sexual assault because video was taken on a cellphone.

The victim told police of other encounters the two had and that Cook had used force (strangulation) in the past to get her to submit to sexual contact at his residence.

In talking with detectives, Cook claimed that he believed the victim to be 17-years-old and said he only learned she was 15 last July.

While telling the detective that he had told her they could only be friends after finding out, Cook then admitted they had had intercourse knowing she was 15.

— Michael Stoll contributed to this story