Leaving a mark: Austin man was highly involved in the community 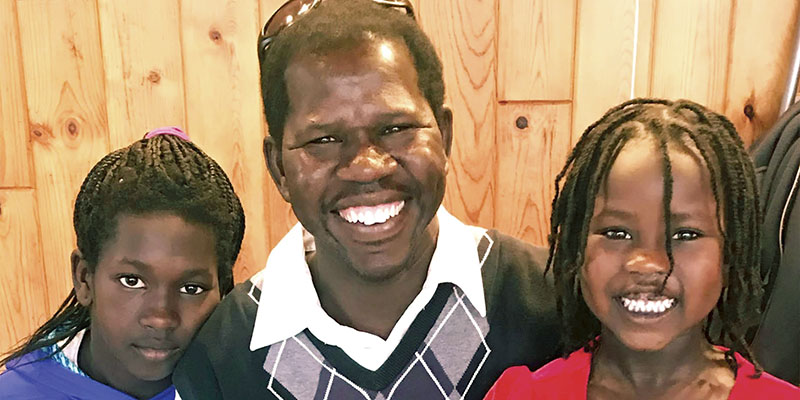 Chol Opiew's family is the recipient of this year's Pay It Forward project. Opiew was killed while visiting Ethiopia in November. Photo provided

Opiew was visiting Pinyudo Ethiopia to help his father, who had become paralyzed from the legs down, when he was brutally murdered.

“My dad is my hero. He was who I turned to whenever I was in search of guidance,” Ochain said. “He is the reason why I am who I am today and why I have made it this far in life. He provided the stepping stones that paved my way to success. I’m glad that my dad passed knowing that I will be attending pharmacy school this next fall. He is proud of the work that my siblings and I have done so far and I know he’ll be even more in the future. Baba loved his kids and this community and he did everything that he could to give back.”

Besides being a good father, Chol was very involved in the community.

He worked with Amnesty International at Riverland Community College, became the first chairperson for the Sudan People Liberation Movement for the Austin chapter in 2006, was involved in the African Asian Refugee Services Agency  and served as interpreter for Anyuak families for Austin Public Schools.

Ochain said that his father would always check in on relatives and was always looking to lend a helping hand when he could.

“My father is the type of man who puts other people before himself. My dad is also a very hard worker and an amazing father,” Ochain said. “Providing for six children on his own, getting his degree, and working multiple jobs is not easy. Even through tough times, he persisted and pushed forward with a bright smile on his face.”

Chol was also very involved in church in Austin as he attended when his time allowed. He visited various churches and worshiped with many different people.