LYLE — The Southland girls basketball team ran out to a big lead, but Lyle-Pacelli made a late surge as the Rebels prevailed with a 54-43 win on Tuesday night.

L-P (0-1 overall, 0-1 SEC) forced a flurry of turnovers down the stretch to cut into Southland’s 20-point lead, but it wasn’t able to quite get within single digits. The Rebels (1-2 overall, 1-0 SEC) were led by senior Bailey Johnson, who posted 21 points, 11 rebounds and six steals. Johnson slowed down her approach in the final minutes as she was trying to show her inexperienced teammates how to play with a lead.

“You don’t want to get into a running game and I just took a step back. A big part of the game is knowing when or when not to shoot. I wasn’t going to force it,” Johnson said. “I’ve been able to help bring along the newer girls (this season). I’ve been teaching them. Varsity is a whole new game and they’re learning as we go.”

L-P led 6-2 early in the game, but the Rebels put together a 20-3 run over the next 12 minutes to take a double digit lead that lasted throughout the night.

Southland head coach Dean Bendtsen is hoping that his team can learn to play with that intensity and control throughout the night in future games.

“We don’t have a lot of kids coming back with a lot of varsity minutes, but we’ve got to play with more moxie,” Bendtsen said. “I give L-P all of the credit. They worked hard until the end and they rattled us. That’s something we’re really going to have to work on.”

Senior Alana Rogne finished with 23 points, nine steals and five rebounds before fouling out late in the game. When she was on the floor, Rogne helped the Athletics force 35 Southland turnovers.

“I’m super proud of how they played,” L-P head coach Rebekah Gatzemeyer said. “They were scrappy and they didn’t give up. I think they have a lot of potential. I’m very encouraged by tonight.” 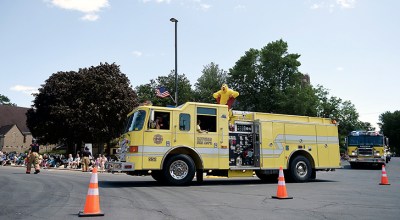