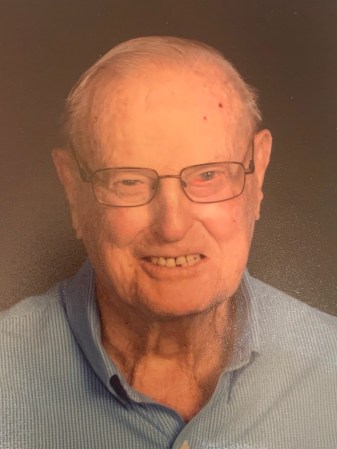 Jerome (Slim) Gilbert Landherr, 94 of Adams, Minnesota, passed away peacefully at the Stewartville Care Center on Sunday, November 28, 2021. He will be greatly missed.

Slim farmed the family farm for many years. He also worked at Cliff’s Electric for 15 years and at Cenex in Adams. Slim enjoyed mowing (yard work), bowling, and fishing trips up north with family. He loved to create bird houses, Xmas lanterns, and many other yard projects. He enjoyed making beaded rosaries for the missions. Slim liked to ride his bike around town.

A Memorial Mass will be celebrated at 11:00 AM on Friday, December 3rd at Sacred Heart Catholic Church in Adams with Father Antony Arokiyam officiating. There will be a Rosary at 5 PM on Thursday at the Adams Funeral Home with visitation to follow from 5-7 PM. Visitation will also be at the church one hour before the service on Friday.

The family would like to thank the staff of Stewartville Care Center and Mayo Clinic Rochester Hospice Program for their care of Slim. Special thanks to Father Randy Kasel.