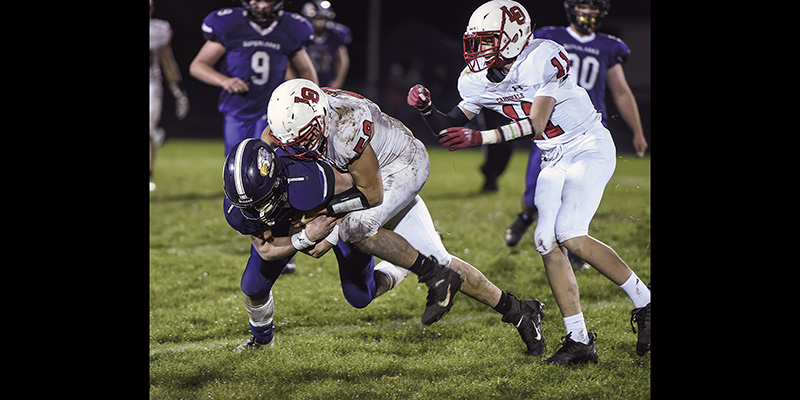 The LeRoy-Ostrander football team finally broke through when it beat Grand Meadow in the Section 1 nine-man semifinals Saturday night, and the Cardinals are back in the title game for the first time since 2004.

It has been just six years since the Cardinals opted not to field a varsity football team due to a lack of numbers in the program, but they’ve made a gigantic resurgence in recent years and Saturday’s win in Grand Meadow was as big a victory the team has celebrated in 15 years. It was fitting that the Cardinal players invited their families and fans to get in the post-game huddle with them after the win as L-O’s football team has brought the community together through some tough times in recent years.

The Cardinals have powered through and stayed focused and they’ll be rewarded with a chance to get to the state tournament when they take on Lanesboro at 7 p.m. Friday, in Triton. 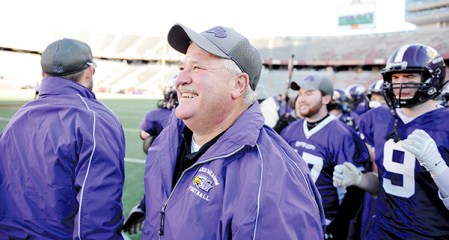 L-O’s moment of celebration brought a moment of finality for the Superlarks as head coach Gary Sloan retired from coaching after the contest. Sloan had a record of 230-84 overall in 29 years with the Superlarks, who he led to eight state tournaments. GM won state titles in 2013, 2014, 2015 and 2016 under Sloan.

But Sloan’s impact went far beyond his winning ways as he always did it with class. His GM teams have always been disciplined and respectful of their opponents when it would have been very easy for them to become overconfident and arrogant.

That attitude is a credit to Sloan and to the community of GM.

BP is also back in the section title game for the fifth straight season. Big games have become an expectation for the Awesome Blossoms, but this year they’re doing it as a Class AA team, which means that they have had to develop more depth to compete against bigger schools.

They’re in for a big showdown as they will take on Maple River at 7 p.m. Friday, in the Section 2AA title game in Janesville.

In cross country, a pair of young runners are ready to show what they have on the big stage as Pacelli’s Kirsten Koopal and Austin’s Marissa Shute have both qualified for the state meet, which will be held in Northfield Saturday.

Both girls are also up and coming basketball players, so they’ll have to put their winter season on hold for a little while longer.

For previews of the section title games and the state cross country meet, be sure to check austindailyherald.com this week.

A feature on Sloan will appear in this Saturday’s Herald.