The Riverland Community College women’s basketball team showed one of their former teammates how far they’ve come in a year’s time as they held off Bethany Lutheran’s JV team 68-52 in Riverland Gym Monday night.

“I like this team better than last year’s,” said Colon, who is from Milwaukee, Wisconsin. “We move the ball around and we have a lot of better players. We realized that Megan is a good shooter and we looked for her tonight.”

The Blue Devils went 5-9 overall last season and they finished 3-18 overall in the 2019-2020 season, but they have now rattled off three straight wins to start this season.

RCC started the game on a 9-2 run and it led by double digits throughout the second half. Bethany cut the lead to 60-50 as it held the Blue Devils scoreless for the first three minutes of the fourth quarter. RCC bounced back when Cayli Miles, who had 15 of her 17 points in the first half, converted a lay-up to make it 62-50 with 5:40 left in the game. Colon followed with a drive and score to make it 64-40 with 4:21 left.

RCC controlled the paint in the win as Waseca grad Cameryn McQuery finished with 16 points, six rebounds and three assists and Nora Mecoleta, who is from Hondarribia, Spain, put up eight points and nine rebounds.

“It’s important for both of us to be in the game,” McQuery said. “Nora and I work really well together with the inside game. We never got down on ourselves tonight and we always knew we could win.” 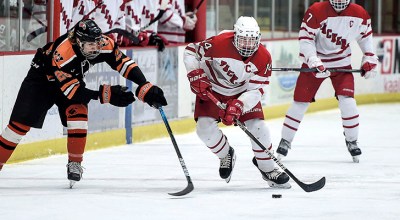