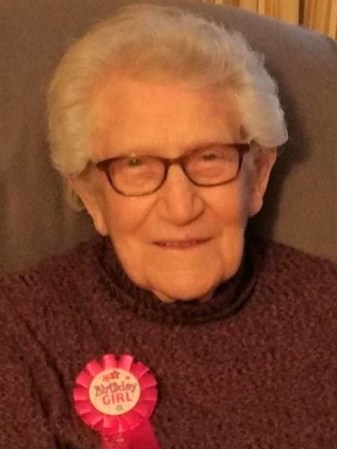 Edna E. Freese, age 92, of Austin, Minnesota, passed away on Monday, November 22, 2021, at Homestead Hospice House in Owatonna, Minnesota. Edna E. Eggert was born April 11, 1929, in the city of Austin, Minnesota to Francis and Elsie (Reinke) Eggert. She was baptized at St. John’s Lutheran Church in Austin by Rev. Milbrath. She attended St. John’s Lutheran School grades 1 through 7. Edna then attended Austin Public Schools, graduating from Austin High School in 1947. After graduation, she worked for Northwestern Bell Telephone Company for a short time. Edna met her husband Johannes “Joe” Freese on a blind date in 1949 and they were married on April 22, 1950. After she married Joe, they decided she would be a stay-at-home mom. The couple were married for 61 ½ years when Joe died on December 10, 2011. They had four children, Thomas, James, Sheryl, and Lori. In 2014, she moved to Waseca, Minnesota to be closer to her daughters after Joe passed away. Edna enjoyed spending time with her family, reading, and in the winter, doing jigsaw puzzles.

Survivors include her children, James Freese of Cambridge, Minnesota, Sheryl (Delwin) Root of Waseca, Minnesota, Lori Lemmen of Waseca, Minnesota; daughter-in-law, Karen Freese of Austin, Minnesota; 8 grandchildren; 12 great grandchildren; 1 great-great granddaughter and one on the way; and many nieces and nephews. She was preceded in death by her husband, Joe Freese; parents, Francis and Elsie Eggert; son, Tom Freese; son-in-law, Dallas Lemmen; one sister, Alice Grant; and one brother, Fredrick Eggert.

A funeral service will be held at 11:30 a.m. on Monday, November 29, 2021, at St. John’s Lutheran Church in Austin. Visitation will take place from 9:30-11:30 a.m. prior to the service. Interment will be in Grandview Cemetery, Austin. Worlein Funeral Home of Austin is assisting the family with arrangements. Condolences may be expressed to the family online at www.worlein.com.