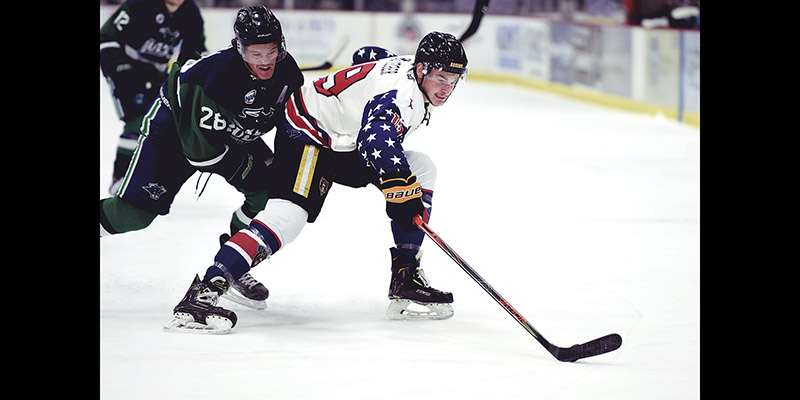 Bruins defensemen Braidan Simmons-Fischer has announced his commitment to play NCAA Division I hockey at the University of St. Thomas, the Bruins announced on Monday.

Simmons-Fischer, a native of Waterford Michigan, began his junior career with the Green Bay Gamblers of the USHL in the 2019-20 season before finding his way to Austin for the 2020-21 season. Simmons-Fischer has played in 56 career games with Bruins and has collected four goals and eight assists for a total of 12 points.

“Our entire organization is beyond excited for Braidan,” said Head Coach and General Manager Steve Howard. “He wanted to stay here in Austin and switch positions to become a defenseman and here we are 20 games in and he’s earned his commitment to St. Thomas. We are looking forward to continuing his development on the back end and getting him ready to play at the University of St. Thomas”

St. Thomas has recently made the jump from NCAA Division III hockey to Division I level and is competing in the newly formed Central Collegiate Hockey Association (CCHA).